The Hidden Gem of the Pearl: How Jazz TX Is Changing SA Nightlife

Breeze on by, and you just might miss it: the soft sounds of smoky, sultry jazz wafting out of the Pearl’s former Bottling Department.

Follow the trail, and you’ll find yourself swinging open the stately doors and descending into the welcoming embrace of Jazz TX: a cocktail bar, lounge, and performance hotspot that has been quietly transforming San Antonio’s live music scene.

A richly elegant, soulful locale,  Jazz TX is somehow both brand new and decades-old: a recent addition to the Pearl (est 2016) as well as sort of “acting time machine,” transporting its guests to the velvet-and-bourbon romance of a bygone era. 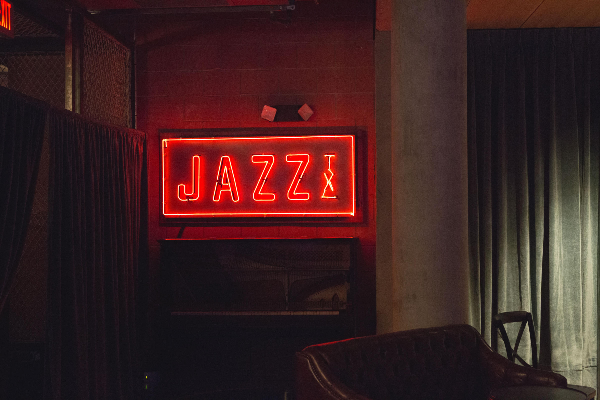 Armed with a cast of wonderfully talented musicians and a baby grand piano (along with a menu stocked with an elevated take on Texas comfort food), owner and bandleader Brent “Doc” Watkins invites sold-out crowds to sway and dance their way through an evening that’s “less of a performance and more of a party.”

So just what is the secret behind Jazz TX’s classic, yet intimately homespun charm? We spoke with bandleader and owner Doc Watkins himself to learn more about the Jazz TX story. 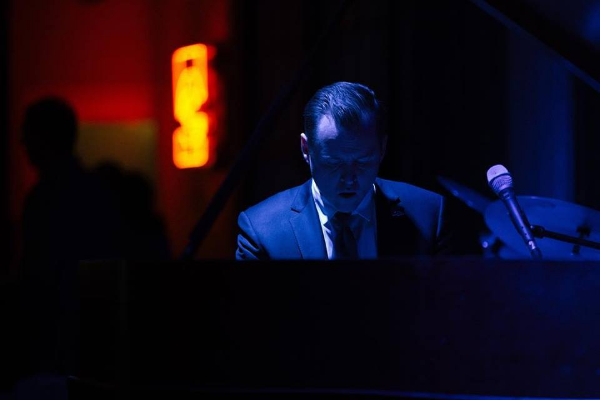 Born and raised in Oregon, Doc is far from a South Texas native. But you wouldn’t know it from the affection with which he speaks of San Antonio. After moving to Austin for graduate school in 2003, Doc spent the next three years doing everything from recitals to cover bands to jazz gigs, all while pursuing a master’s degree and PhD at University of Texas.

Q: You’re originally from the Pacific Northwest. What brought you to San Antonio?

“One weekend,” he explained, “my wife and I headed down to San Antonio for short trip...and we just ended up falling in love with the city. Pretty soon, I ended up taking a job working as a music director for a church in San Antonio, and we commuted down for that.”

After routinely marveling at San Antonio’s charm weekend after weekend, Doc and his wife turned, “Wow, this is such a great city!” into, “This needs to be our city.” They made the official move in 2006,  buying a house and settling in. 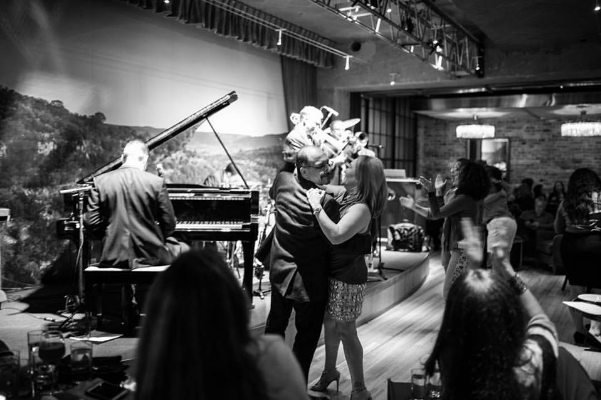 Q: What made you fall in love with it?

“Oh, definitely the people. We saw the sights and did whole the tourist thing, but it was really the people we fell in love with. The pace of life and the genuineness...it was refreshing. To me, the social climate in Austin was disappointing, I felt like everyone was trying to impress someone…San Antonio was what I thought Austin would be like: very real and genuine. We made a lot of close friends in a short amount of time.”

Q: What’s the Jazz TX story? Why the Pearl?

“The early part of my career coincided with the infancy of  the Pearl in a pretty serendipitous way,” Doc explained. “In the fairly early stages of the Pearl’s development, the Wednesday night Farmer's Market was looking for a live music act...and we were looking for gigs. So we came and played, and this relationship just kind of formed. My band and I got plugged in to what  the Pearl was doing at an early stage, and it led to a really wonderful relationship.”

“From Day One of the Pearl’s development, we had this informal inkling about it. Sort of a, ‘This would be cool, we should do this someday.’ Then, at some point, we looked at each other and said, ‘Wait, are we gonna do this…?’ From there, we just kind of figured out how to make it happen.”

“By the time the development on the Pearl was wrapping up, it was a natural marriage. It was the ‘coming to fruition’ of a longstanding relationship of about 10 years.” 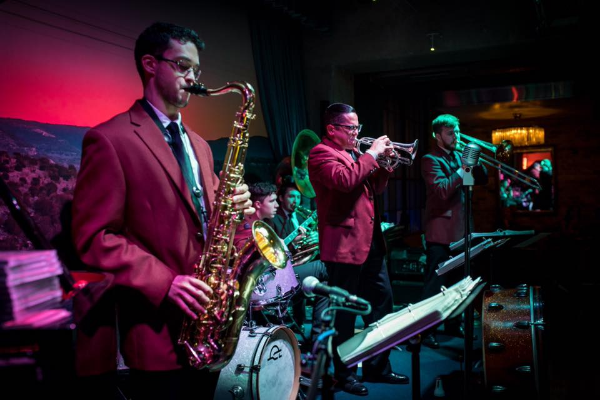 Q: What’s the live music scene like in San Antonio? What does Jazz TX bring to the table?

“There’s a strong need for live music now more than ever,” Doc explained. “San Antonio has a rich history of live music, but the number of  music venues and general interest has spiraled over the past several decades.”

“It’s kind of a funny thing,” he marveled. “San Antonio has such an old and rich cultural tradition...from German to Czech to Mexican to Canary Islanders, you know? And that’s reflected in the music. Unfortunately, our city has lost that tradition in the last couple of decades, and we’re trying to keep it alive.”

And the scene will see a major revamp if  Jazz TX has anything to say about it: “I hope we are part of the resurgence of  music in SA. We’re a huge part of the music culture of the city now. We’re in a great location, and we have a strong following and great acts. There’s a lot of room for more growth.” 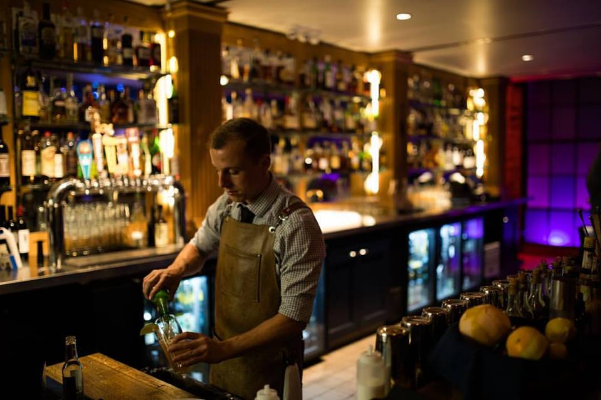 Q: What kind of growth have you seen in the Pearl area?

“The growth in the Pearl has been explosive the last few years. Right now, it’s quarter to two on a Tuesday afternoon, and you’d think it was a Saturday. Kids are playing on the splash pad, people are drinking coffee and playing in the park and eating ice cream. The Pearl is really taking off, especially since they finished the park.”

Q: What’s the sort of crowd you see there?

“As far as our clientele, we get everything. We get music lovers, newbies, old, young, tourists, locals...there’s not one specific demographic.” 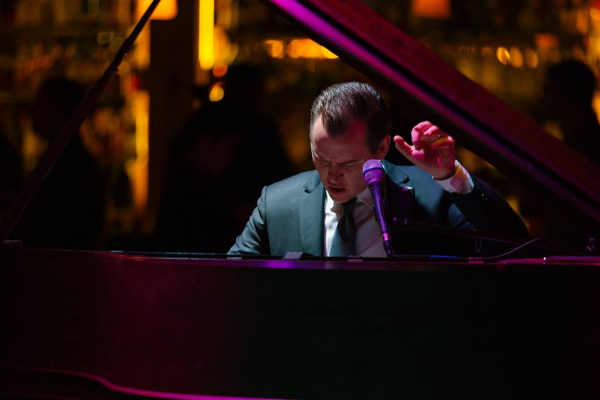 Q: What’s it like to perform at your own club?

“Honestly, it’s sort of like throwing a party at your house. I get to welcome and entertain and feed everyone who comes in the front doors. It doesn’t even feel like performing. They’re such a part of it all…and I think it shows. We’ve been open for 2 years and we haven’t had a night that’s not completely sold out. There have been a lot of magical moments.”

Q: If you had to describe Jazz TX in a few phrases or words, what would you say?

This one was easy. “Hospitality,” he said (without skipping a beat). 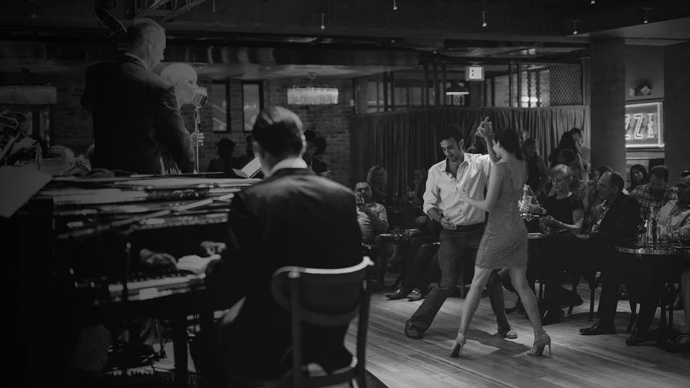 “Oh, yeah. I’d say people dance almost every night. It’s not a huge dance floor, but people pack in there pretty comfortably. A lot of clubs don’t like it, but I happen to love it. It’s important...I love when people are participating and feel like they’re part of the party."

Surrounded by trendy new boutiques, vegan ice cream parlors, and third-wave coffee concepts,  Jazz TX transitions its guests from the ultra-modern present into the sepia-toned past. To see for yourself, we encourage you to make reservations here, just know, Jazz TX usually boasts sold-out shows!