We’d like to say “thank you” to every member of the military who’s made the move to San Antonio, TX.

To anyone who has ever PCSd to San Antonio—

Regardless of how long you stayed, what kind of job you performed, what military branch you served with, or what badge you wore on your shoulder—

You have changed San Antonio forever. And we thank you. 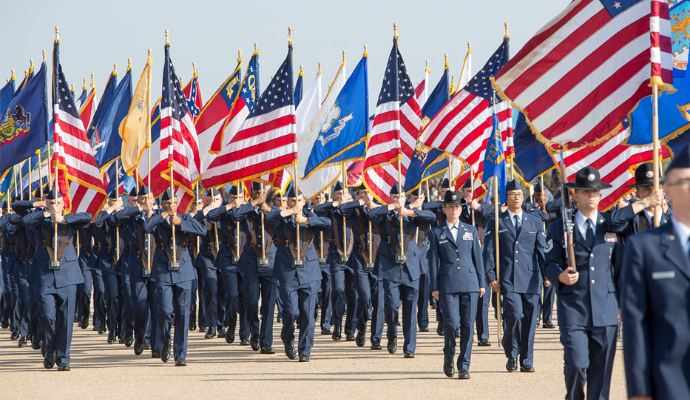 Whether you’ve been stationed here for decades or you’ve just made the big move, every military member who’s relocated to San Antonio knows: PCSing is a big deal. When you sign up to serve with our nation’s military, you sign up for sacrifice: every two or three or four or six years, you choose to uproot your entire life (and possibly your family’s life) in order to perform your civic duty for this country.

Regardless of political views, we think everyone can agree: the sacrifice you make is noble. It’s courageous. It matters. And we’d like to draw attention to it...not only because we are thankful for your service (which we are), but because San Antonio wouldn’t be the same without you.

So, despite the fact that you might not be a long-term member of the San Antonio population, your presence is more impactful than you could possibly imagine. 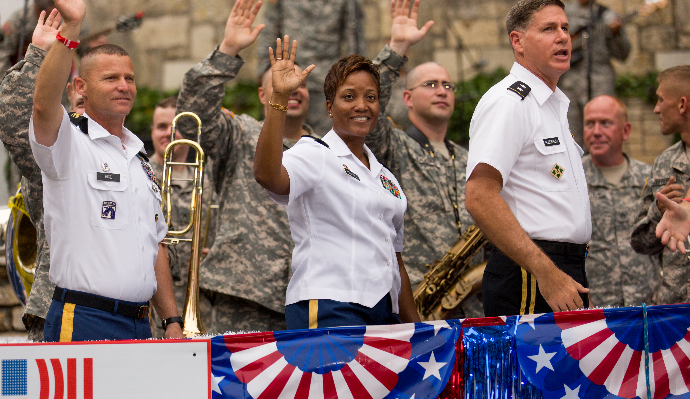 You’re what makes our city tick, both literally and figuratively.

On the practical side, you’re a huge part of the workforce and economy of our city. Men and women who serve on Joint Base San Antonio make up nearly 20% of the Alamo City’s workforce. JBSA is also a vital part of our city’s economy, contributing an estimated $48.7 billion a year.

In the local community, you are a fundamental part of our city’s culture and personality...so much so that San Antonio trademarked the term “Military City USA®” in 2017. Proud examples of patriotism are threaded through to each corner of the Alamo City, from high-flying flags to military discounts. Military families are welcomed with open arms, and it’s not uncommon to run into an old friend or coworker from another base while at your local HEB. 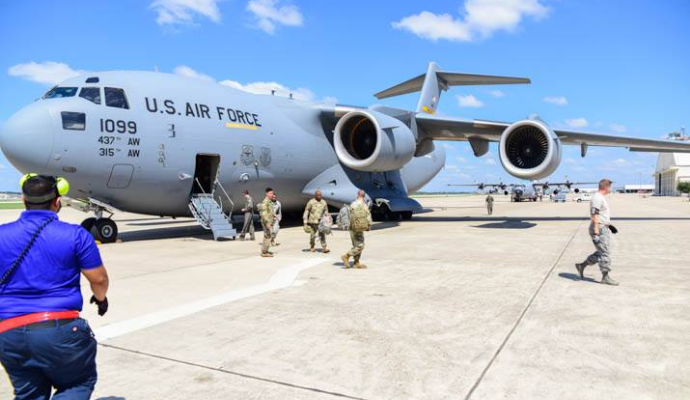 In the grand scheme of things, you are a part of the entire body of military influence and history that stretches back over 300 years. The US military has boasted a presence in San Antonio since the 1840s (remember the Alamo?) when huge pieces of Texas and US history were forged in this very city. Much of this history has been preserved through today. Scattered across JBSA, over 900 historic buildings and structures stand as tall reminders of its longstanding legacy.

Across the city map, you are rooted in nearly every corner of San Antonio soil. Randolph AFB keeps watch over the northeastern section of the city, while the historic Fort Sam Houston is located just northeast of downtown. Lackland AFB holds its ground on the city’s western edge, and Camp Bullis lies northwest of Loop 1604 (just off I-10 towards Boerne). Nearly everywhere you turn (or drive), military members are making their mark on our city. 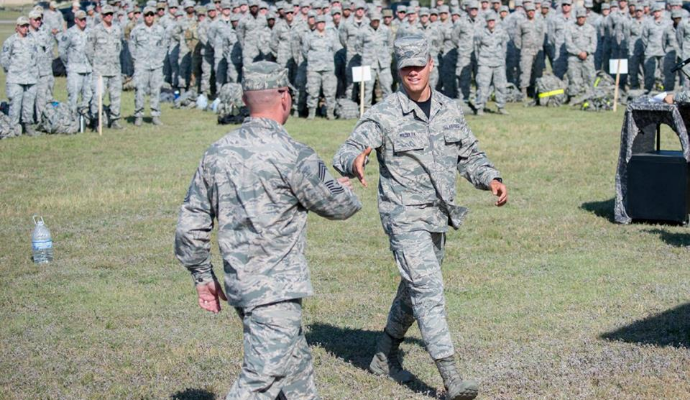 So, while we will spend all of May saying, “Thank you for your service” (because it is Military Appreciation Month, after all), today we want to say, specifically, emphatically, and without hesitation:

Thank you for moving to San Antonio.

Though you might feel like an outsider at first (because this feeling always comes at some point), we hope that it’s instantly followed by a warm Texas welcome. Because, as a city, we believe that as soon as you set foot on the soil of Military City USA, you’ve earned the right to call yourself an Alamo City local. 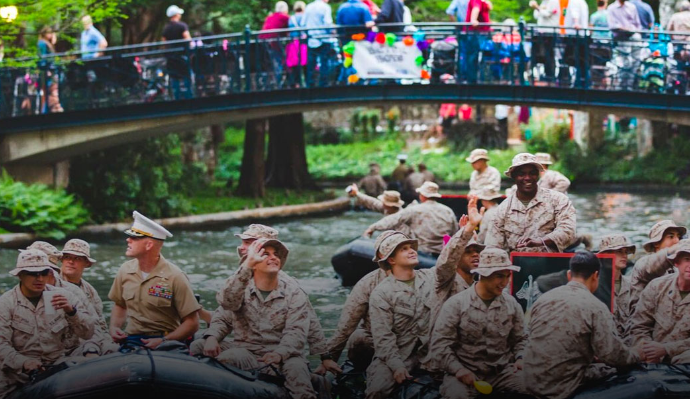 Starting at 6:00 PM on May 18, twenty-five elaborate, star-spangled floats will breeze down the San Antonio River to the tune of patriotic and American-themed rock during the Armed Forces River Parade. This free event is dedicated to the men and women who serve in all branches of the Armed Forces. The 2019 theme will be “Salute Our Heroes,” and the Grand Marshal will be Congressman Lloyd Doggett.

You can watch the parade from the patio of your favorite River Walk restaurant, or bring a folding chair and post up near the action. Though the parade only lasts about an hour, it will be recorded and syndicated to major television networks until November! 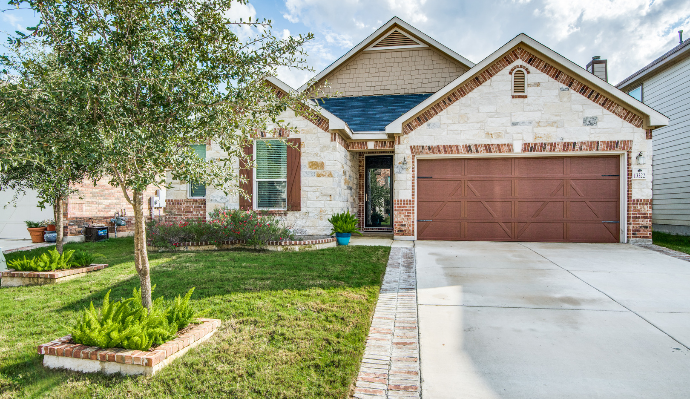 And, if you are a military member considering an off-base living situation, we’d love to be of help in any way. Due to San Antonio’s rich variety of neighborhoods and real estate offerings, homes near military bases span the spectrum in terms of price and style. The point? Military families don’t have to suffer a crazy commute to find affordable San Antonio housing. For Randolph AFB, we recommend checking out Schertz, Cibolo, Converse, Bridlewood Park, and Falcon Ridge; Fort Sam families might try Northwood, Wilshire Terrace, and Bel Meade; and those stationed at Lackland AFB might want to take a look at Alamo Ranch, Redbird Ranch, Canyon Crossing, Laurel Mountain Ranch.

Download our exclusive San Antonio Buyer’s Guide, contact an expert agent, get in touch with our top-notch lenders, and let us help you find the perfect San Antonio neighborhood!


8 Historic SA Neighborhoods That Will Turn Up Your Nostalgia