However, as glamorous as these big-city districts may be, many suburban residents have traded in their sprawling metro ISD for the sort of Texas hometown charm found in schools that lie outside city limits.

What these outlying schools and districts lack in size, they more than make up for in passionate hometown loyalty, favorable student-teacher ratios, and (perhaps above all) personality. Among the following 11 suburbs, we didn’t find a single school we would dream labeling as “cookie-cutter”. 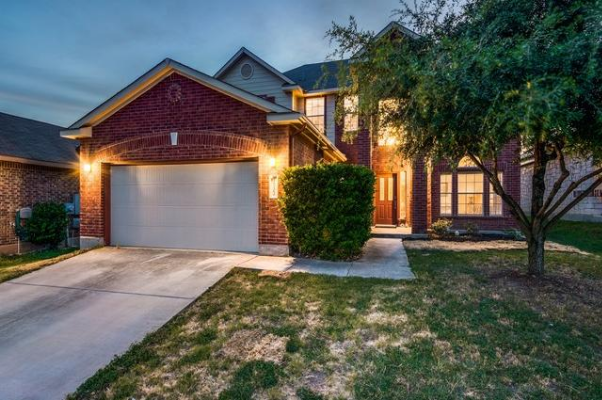 Click here to search for homes in Boerne, TX.

A classic “West Texas”-flavored farm town 15 miles west of San Antonio city limits (off Highway 90), Castroville was founded and established in 1844 and continues to serve as “home” for nearly 3,000 residents. Voted the “#1 in Best Places to Live in Medina County” and the #15 “Safest Suburb in Texas” by Niche.com, we aren’t surprised that the school system follows suit in its levels of excellence. Served by Medina Valley ISD (notable for strong diversity and great teachers and academics), this district scores high in reading and math proficiency, ranking as a “Niche Standout High Schools in Texas”. Area schools include Castroville Elementary, brand-new Loma Alta Middle School, Medina Valley Middle School, and Medina Valley High School. Besides boasting consistently increasing growth over the past few years (7% – 10% new students every year), the district consistently outscores all State averages in accountability ratings and testing! Go Panthers!

Click here to search for homes in Castroville, TX. 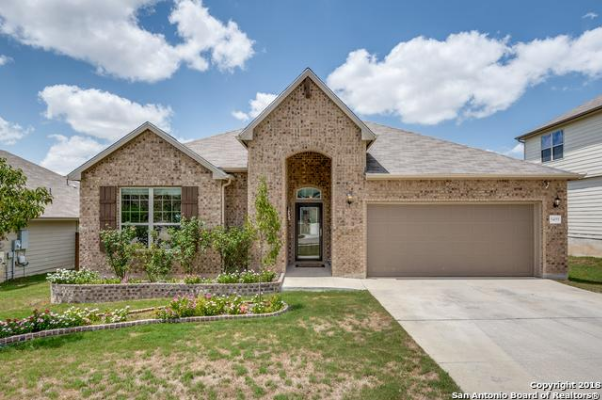 Click here to search for homes in Schertz and Cibolo, TX. 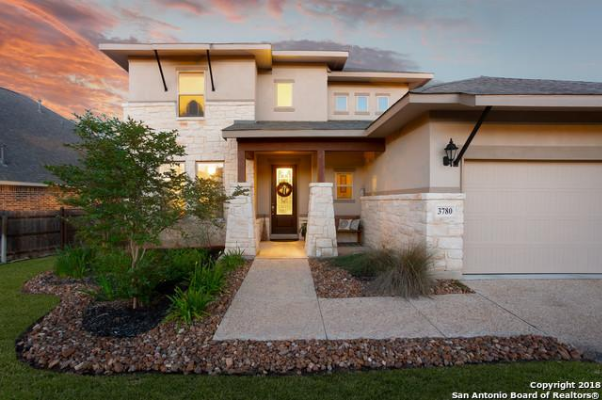 Though just seven miles north of San Antonio city limits on Hwy 281, Bulverde, TX is a San Antonio suburb that feels solidly planted in the Texas Hill Country. A community of just under 5,000 residents, Bulverde is both small and charming, but not so small that the school systems suffer. Serviced by the highly acclaimed Comal I SD (#9 “Best School District in San Antonio Area”), Bulverde students are generally zoned to Smiths on Valley High School,Smithson Valley Middle School, and Johnson Ranch Elementary School; however, many students also have the opportunity to attend Memorial Early College High School, a highly academic collaboration with Alamo Colleges. Notably, the beloved Smithson Valley Rangers regularly advance to compete at state championship levels in many popular sports!

Click here to search for homes in Bulverde, TX.

Click here to search for homes in Poteet, TX. 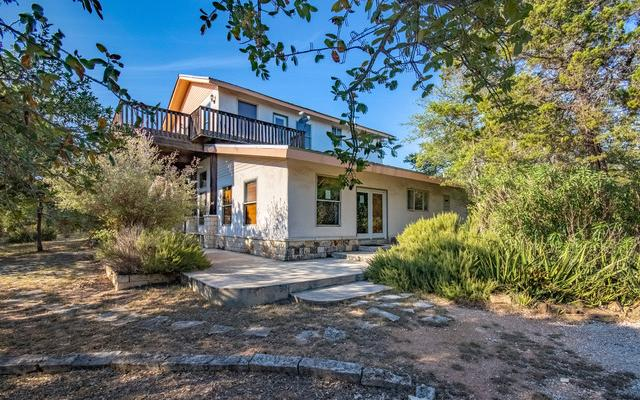 One of the most coveted “suburbs” in the San Antonio area, Canyon Lake (located 20 miles northeast of San Antonio city limits) has that ability to feel like a vacation every day of the year. School-aged kids, however, may beg to differ. Hardworking students in this area are zoned to Comal ISD, including Canyon Lake High School, Bill Brown Elementary School, Rebecca Creek Elementary School, and Smithson Valley Middle School (though, like Bulverde, students also have the option of Memorial Early College High School). Like its highly-rated neighbors, the brand-new Canyon Lake High School is already leading with impressive stats: this latest campus skyrocketed above its enrollment projections, topping the 1,000-enrollment mark. Go Hawks!

Click here to search for homes in Canyon Lake, TX.

Click here to search for homes in La Vernia, TX. 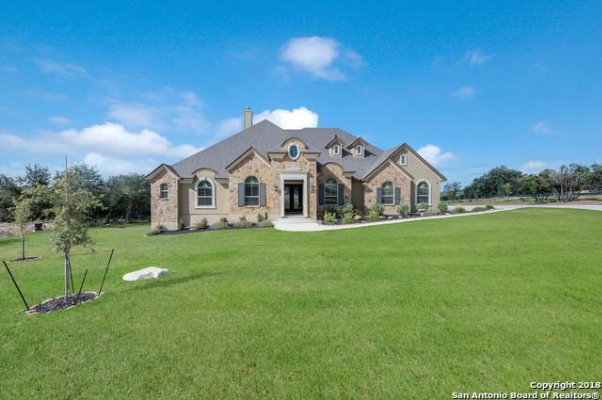 A distinctly “Texas” town in and of itself (though it is perched just outside the northwest outskirts of San Antonio), Helotes is composed of nearly 50 different neighborhoods and maintains a population of nearly 10,000 residents. One of the only suburbs on our list served by a San Antonio district (Northside ISD), we still think Helotes earns a well-deserved spot for its phenomenal extracurriculars and incredible FFA program. Schools (many located directly within Helotes) include Helotes Elementary School, Kuentz Elementary, Beard Elementary School, Hector Garcia Middle School, Sandra Day O' Connor High School (though some, including those in Helotes’ neighbor Sonoma Ranch, are also zoned to Brandeis High School). As mentioned above, the O’Connor Panthers lay claim to the largest and most expansive FFA complex in the district, boasting an Agriculture Department where students learn a wide variety of agricultural techniques in a hands-on environment.

Click here to search for homes in Helotes, TX. 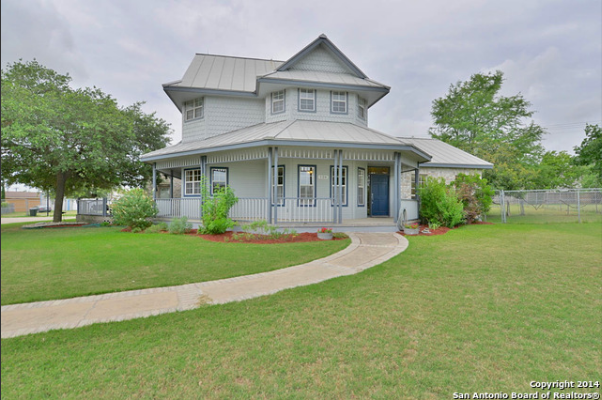 Despite its small-town size (2,066 residents and 825 students), Poth, TX is a southeast San Antonio suburb that is not to be tampered with. Across the board, Poth ISD (served by Poth High School, Poth Junior High School, and Poth Elementary School) is home to dedicated students, parents, and teachers who truly put the work in to show the rest of the area that small town schools are also sometimes the most passionate. Besides high-ranking academics and teachers, the Poth Pirates’ excellence shows up in their athletics department, boasting a historically good girls volleyball team and ranking on the list of “Best School Districts for Athletes in Texas.”

Click here to search for homes in Poth, ISD.

Located 20 miles southeast of San Antonio city limits, Floresville, TX is a small town that has always been known for raising up surprisingly successful students. (Notably, Floresville was the birthplace and hometown of several former military officers, politicians, presidential contenders, and even an actor!) Playing a major part in this sort of ambitious upbringing, Floresville ISD boasts above-average student performance, especially notable in academics and diversity. From Floresville Early Childhood (pre-k) up through Floresville North Elementary, Floresville South Elementary, Floresville Middle School, and Floresville High School. Contributing to this excellence is the partnership of Floresville ISD and the Alamo Colleges Floresville Center, which provides college courses to high school students and the community.

Click here to search for homes in Floresville, TX. 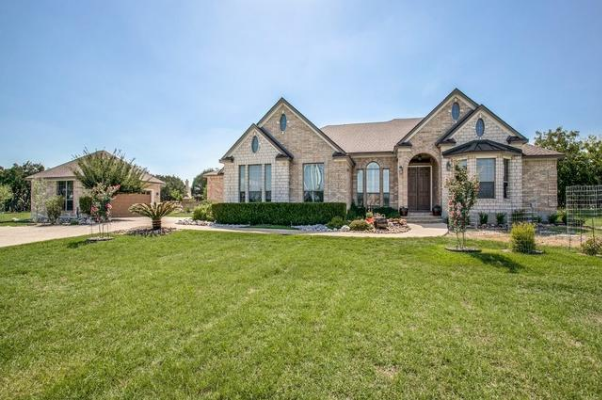 Click here to search for homes in New Braunfels, TX.

If you’re interested in settling into one of these top-notch districts, we’d love to help get you started. Connect with a lender, download our exclusive Buyer’s Guide, and contact an agent to get started!