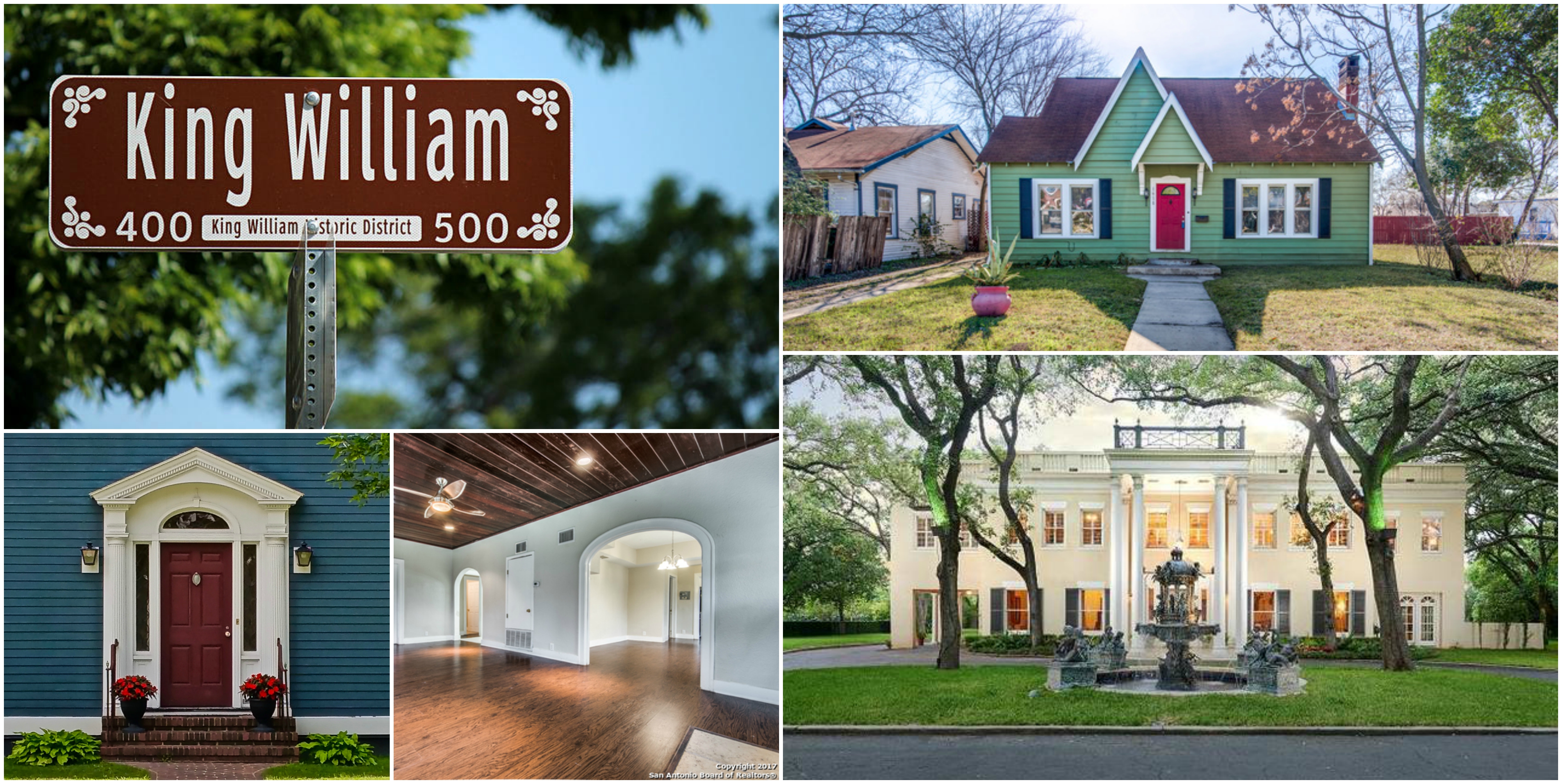 We may have just turned the corner into the almost futuristic-sounding year 2018 (can you believe it?!), but it seems that Americans still can’t get enough of the past.

Our television lineups are filled with science fiction, our iPhones are more advanced than Star Trek technology, and somehow Americans are more obsessed with nostalgia than ever before. Whether this retro-mania stems from rapid cultural change or a simple longing for memories gone by, we can’t deny it: history has a firm grip on our hearts (and home searches).

So turn down your cell phone, put a vinyl on the record player, and let yourself drift off to simpler times as you peruse this list of our favorite historic neighborhoods in the Alamo City. Because we simply can’t deny: They just don’t make these homes like they used to!

A shoo-in for our list of nostalgic neighborhoods, Monticello Park is smack-dab in the heart of San Antonio’s “Deco District,” a community in Central West San Antonio known far and wide for its iconic 1930’s architecture and artistic culture. During the late 1920’s, a group of developers transformed Monticello Park from a dairy farm into one of the most desirable neighborhoods in San Antonio. Beloved for its beautiful homes, mature trees, and eclectic vibes, Monticello Park displays a wide array of gorgeous homes, featuring styles like Revival, English Tudor, Spanish Colonial, Greek, Italianate, Neoclassical, Mission, Craftsmen, English Stone Bungalow, and Art Moderne. Featured below, 1918 W Summit Ave ($249,999) is a prime example of the Deco District’s charming properties (built in 1925). 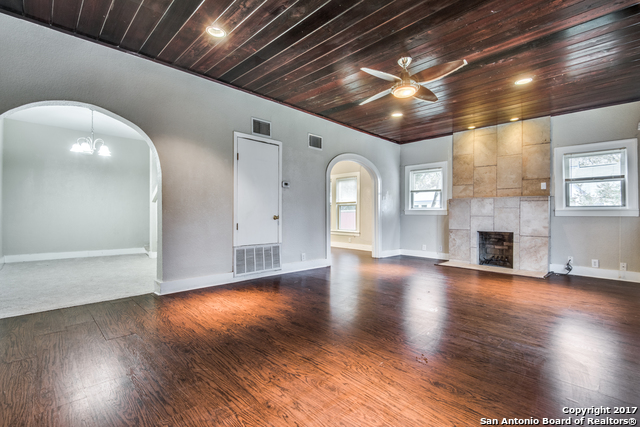 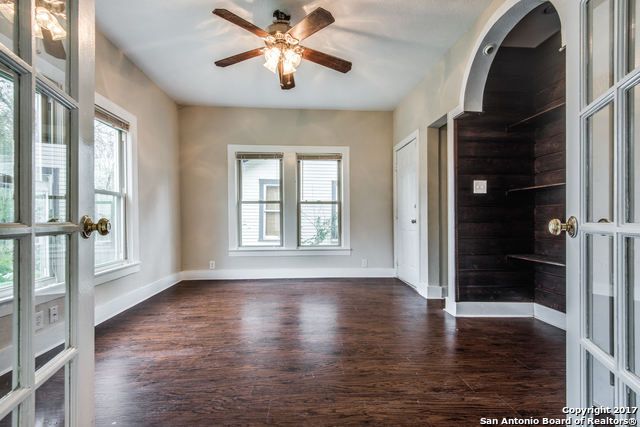 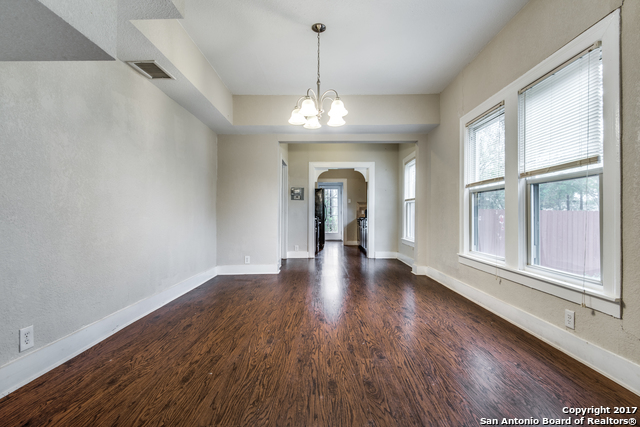 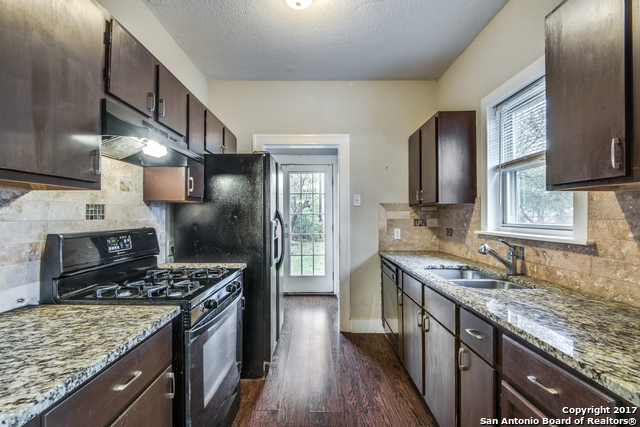 An up-and-coming historic district in Central East San Antonio, Dignowity Hill has recently embodied the very textbook definition of “gentrification.” Originally a cluster of upper-class estates in the mid-19th century, Dignowity Hill eventually fell into disrepair, a status that would later invite visionary architects and ambitious renovators to re-imagine the neighborhood. Today, Dignowity Hill is a local favorite, boasting modern touches and a wide variety of home inventory. Featured below, 235 Saint Charles ($299,000) was built in 1909 and has since been remodeled to enviable glory. 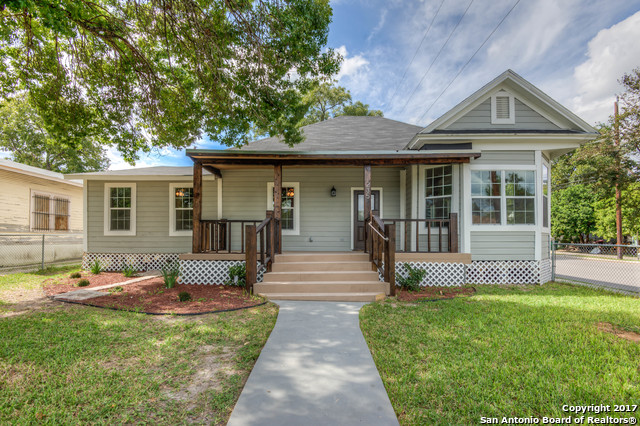 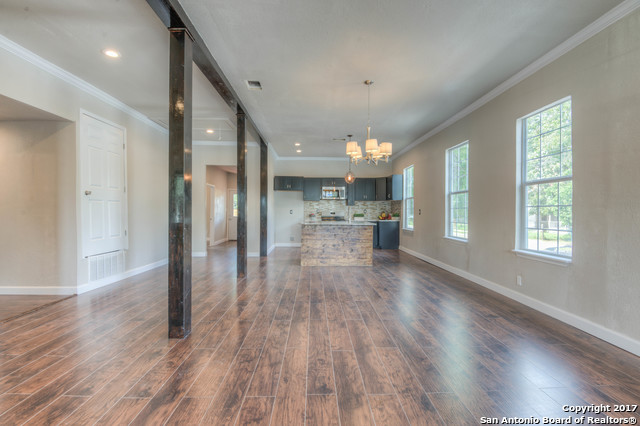 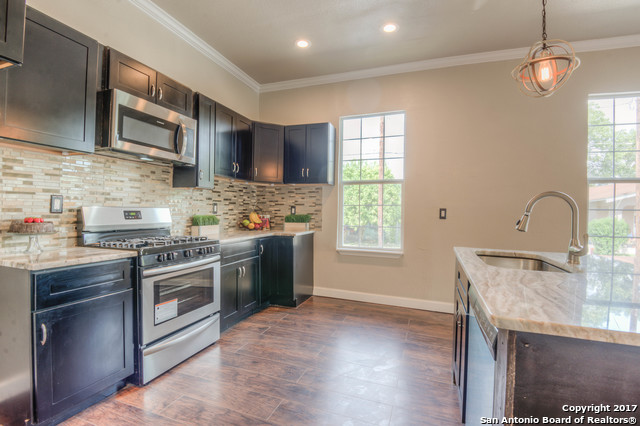 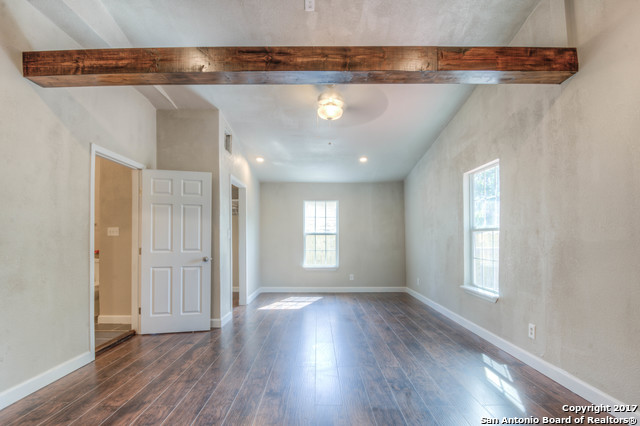 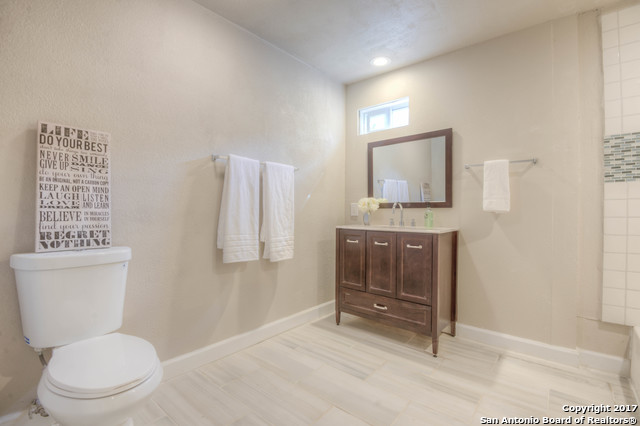 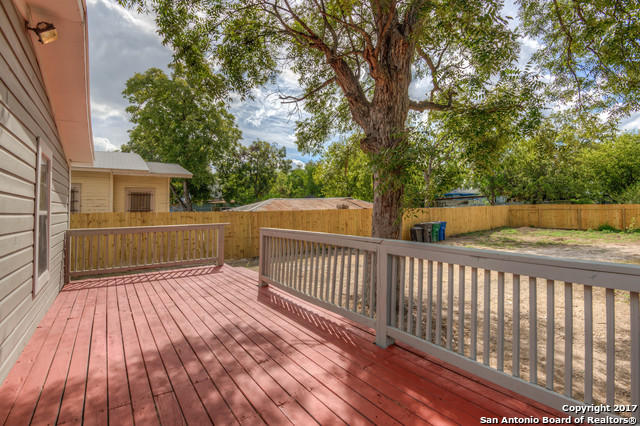 As perhaps San Antonio’s most famous “vintage” community, Alamo Heights lives up to its lofty historic reputation. Due to the urban planning and hard work of two local visionaries (George Brackenridge and Charles Anderson), what began as coveted Hill Country ranchland soon evolved into the tree-lined streets of Alamo Heights (officially established in 1922). Most notably, this historically affluent city is known for its gorgeous properties, from cozy, mid-century bungalows to luxurious Spanish Manors. With many properties built in the early 20th century, homes along Alamo Heights’ tree-lined streets can differ significantly in age, style, features, and price, from $200,000 for a condo to over $2 million for an upscale apartment or luxury home. 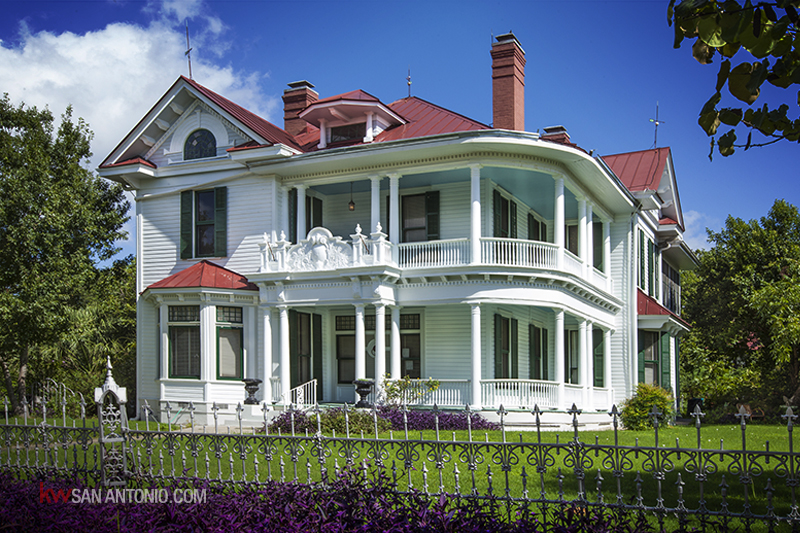 Located in an oft-forgotten corner of San Antonio, Government Hill is a historic neighborhood with a military-flavored past. Built during the city’s turn-of-the-century “Gilded Age” (fancy, right?), its location near the original Fort Sam Houston structures defined its growth and reputation. It soon became a popular hub for military families stationed in the area. Today, this neighborhood is absolutely brimming with potential and historic fixer-uppers. For example: this neighborhood features the second-largest inventory of Victorian style homes, only second to the King William Historic District! Overall, Government Hill fills the scope of home types, from newly polished estates to historic gems ripe for renovation.

Tobin Hills may have started as publicly distributed “lottery land” in the late 1700’s, but it has grown into a fought-over neighborhood in the San Antonio community. Uniquely poised just above the city center, Tobin Hill’s unique history has screamed “innovation” from the beginning. As one of the original suburbs of the “Progressive Era,” Tobin Hill’s style rebelled against the excess of the Victorian era by building smaller, simpler cottages in Craftsman or Bungalow Style. Still known as the city’s trendiest neighborhood, Tobin Hills can be summed up in properties like 151 Valdez Ave ($325,000). Built in 1974, this renovated, geometric masterpiece is a haven for the neat freak in all of us. 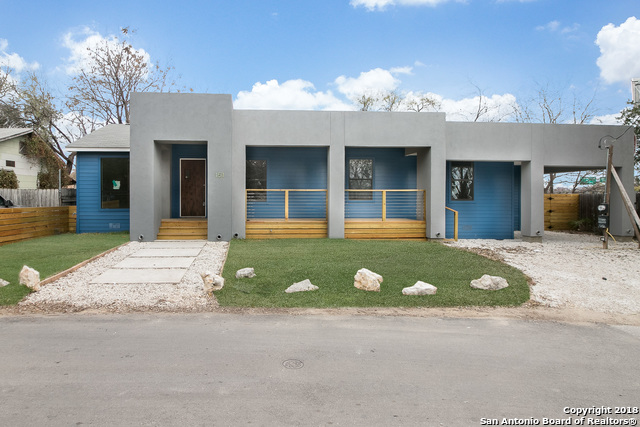 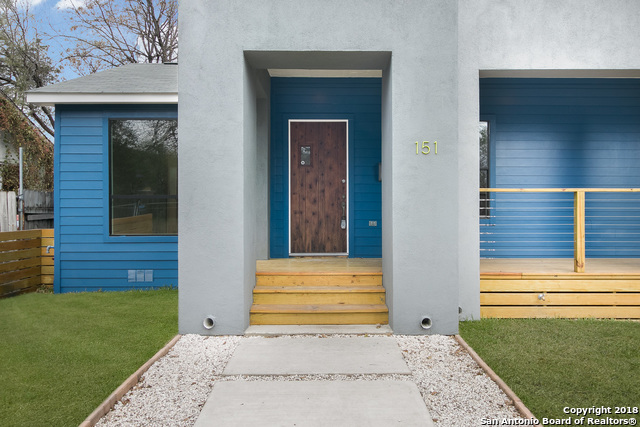 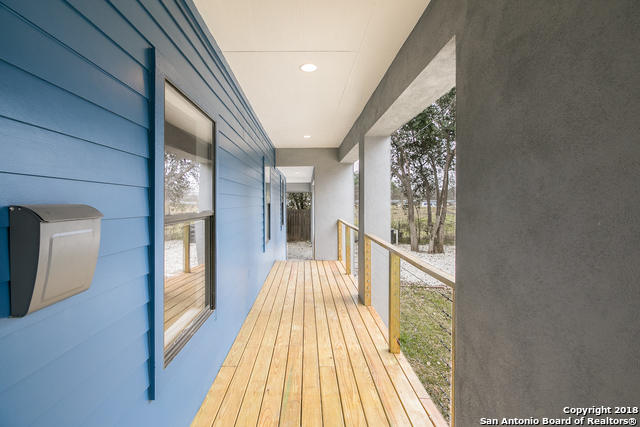 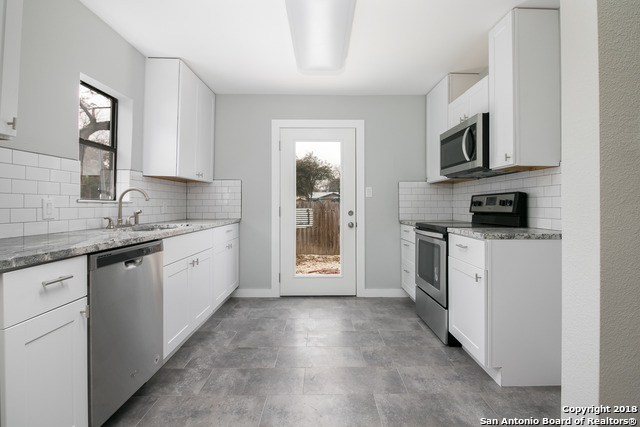 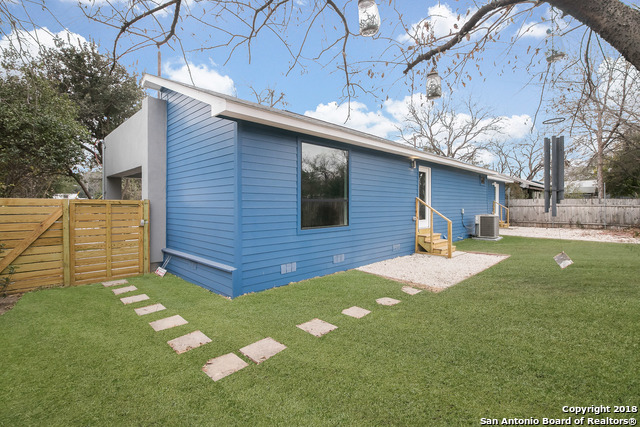 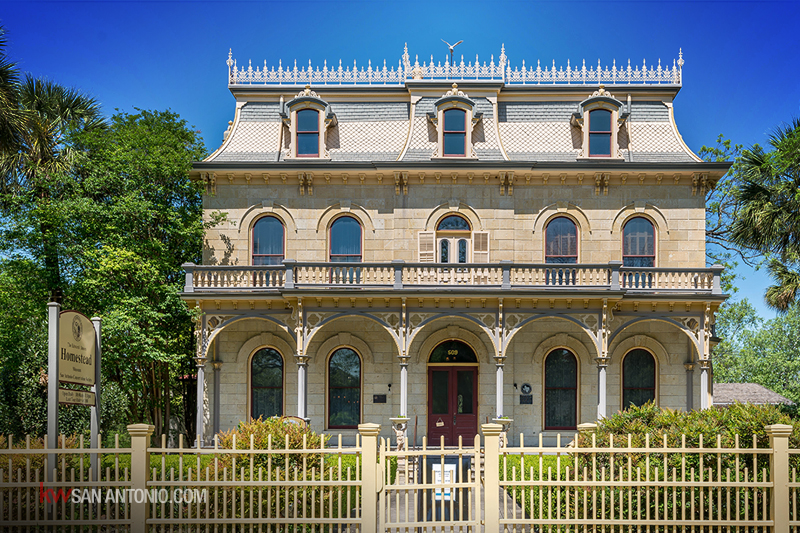 Let’s be real: if you know anything about historic homes in San Antonio, TX, you’re more than familiar with the King William neighborhood. A recognized Historic District, this eye-catching community is the darling of vintage home lovers, featuring gems that span the decades. Originally a collection of grand homes in the midst of Mission San Antonio de Valero’s farmland, the King William neighborhood became the residential epicenter of the local German community, notably housing some of the most elite European families in the city. As decades passed, this neighborhood continued to expand and experienced a revitalization in the 1960s, showcasing architectural styles like Greek Revival, Victorian, and Italianate.

Oh, the vintage glamour! If Downton Abbey took place in San Antonio, we can pretty much guarantee it would be set in Monte Vista. Located in Central San Antonio, this neighborhood was arguably the most prominent (and opulent) of the neighborhoods that blossomed during San Antonio’s “Gilded Age.” Characterized by distinguished residential architecture from the early 20th century (including Classical Revival, Tudor, Spanish Eclectic, Queen Anne, Hollywood bungalow, Georgian, and Moorish styles), Monte Vista was where the local wealthy population took up residence. A perfect example of these historically luxurious vibes, 111 W Ashby Pl ($499,000) was built in 1907 and has only improved with age. 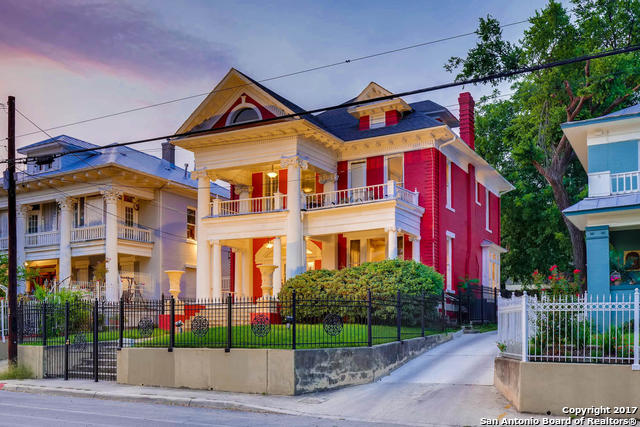 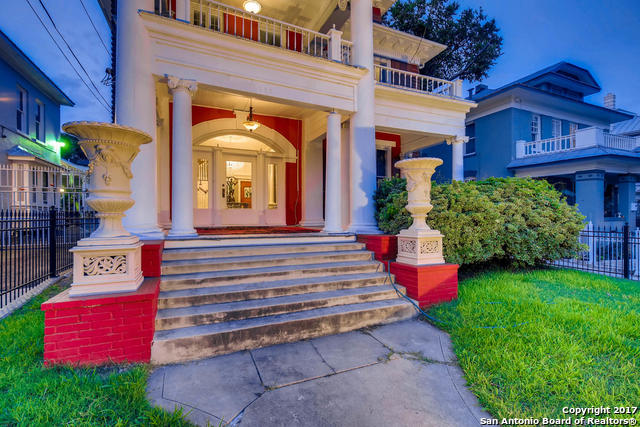 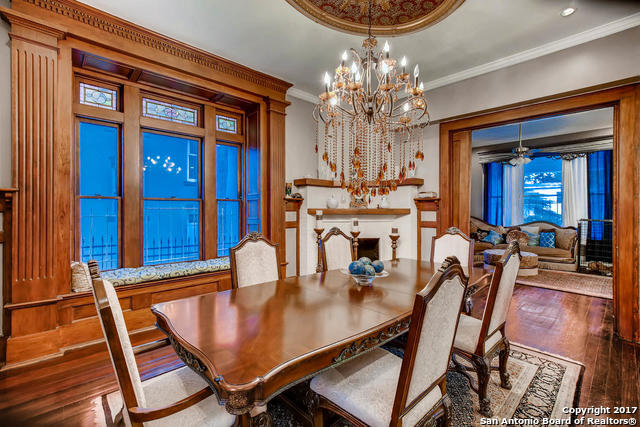 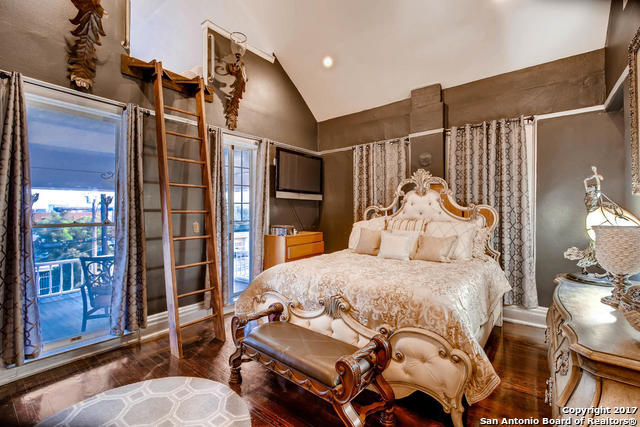 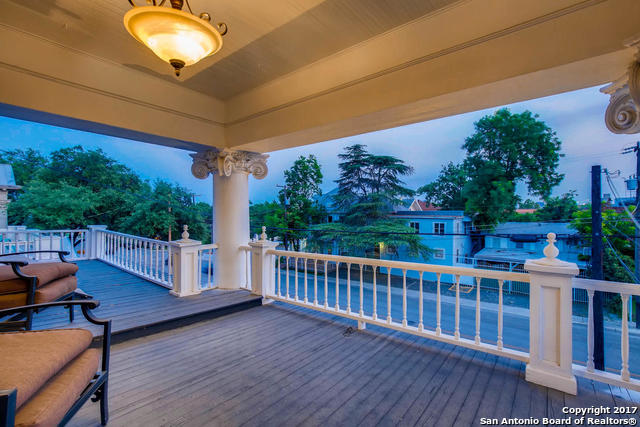 Touted as the “original” San Antonio neighborhood, Lavaca’s roots can be traced back to the early 18th-century when the neighborhood began as farmland for the Mission San Antonio de Valero farms. Eventually, working-class families settled down on the land, just a few blocks from their affluent neighbors in the King William neighborhood. Many of the original 19th-century vernacular homes still line the streets, and notable styles include caliche block cottages, Victorian, Neoclassical. From famous architects to local uppers, Lavaca’s residents have been slowly but surely restoring the historic integrity of the neighborhood, infusing them with modern touches and sustainable amenities! 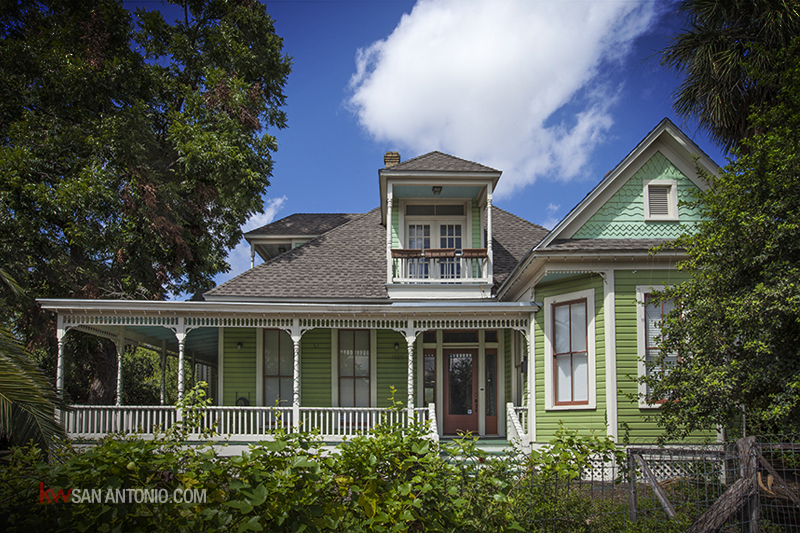 While these may have been the most popular San Antonio neighborhoods and homes, they represent merely a subsection of the full extent of the Alamo City’s housing inventory. From elegant historic homes to modern bungalows to quirky re-imagined mid-century masterpieces, our city’s vast selection of neighborhoods means that no matter your price point and desired amenities, you can find something that fits your unique buyer personality.

Naturally, the first step is to connect with a lender to see what you can afford (Hint: it may be more than you think!), download our exclusive Buyer’s Guide (with important insights and tips specific to San Antonio), and contact an expert agent to get started! We’d love to answer any questions and show you around our one-of-a-kind city.