Why San Antonio’s Urban Development is Betting on You

San Antonio, Texas is well-known for a variety of different reasons. The Riverwalk, The Alamo, and The San Antonio Spurs are always among the top mentions when talking to people from out of town. But did you know that San Antonio is on the cutting edge of urban development? Ever since former Mayor Julian Castro introduced “The Decade of Downtown”, the urban core has been booming with infrastructure projects, parks, public-private partnerships, and mixed-use developments. Better yet, bipartisan city leadership’s investment in downtown is paying dividends as new restaurants and businesses move into the area to cater to residents both old and new.

While Austin may be the most frequently cited Texas city for “cool downtowns”, San Antonio is giving the northern neighbors a run for their money with each passing day. Increasing numbers of young professionals are joining the migration south to encounter a city full of culture and opportunity. It seems in the era of the car commute, many large cities eventually separate into a bustling downtown business district and a distinct area for socializing. San Antonio is reversing the trend of urban sprawl by becoming a pedestrian-friendly business, recreation, and art hub accessible to anyone in the downtown area. 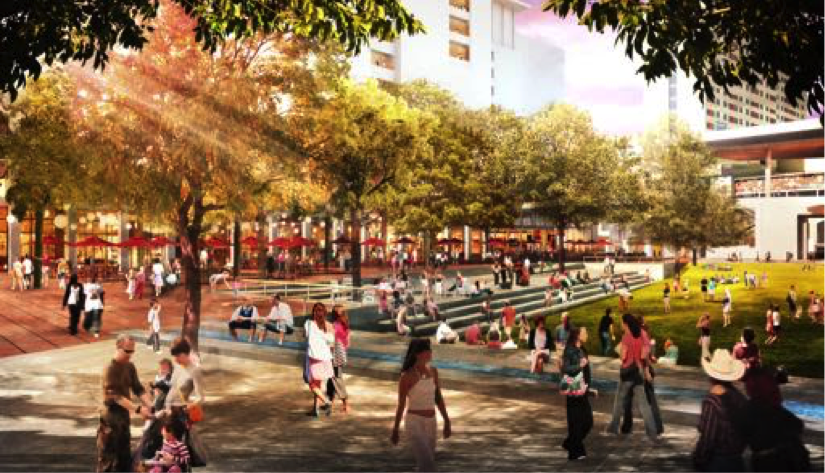 With an already booming tourism industry and vibrant history, it seems San Antonio had little need to increase attractiveness for out of town visitors. So why is city leadership investing so heavily in downtown? The short answer is for people like YOU! After decades of success investing in tourism, city leaders recognized an increase in demand for downtown living and public spaces. Realizing that revitalizing less-visited areas of downtown would benefit residents and visitors alike, city leadership decided it was time to focus on downtown. They envisioned a pedestrian friendly city above the Riverwalk providing a destination filled with parks, water features, and green space. That vision resulted in many of the innovative projects featured below. From Hemisfair Park to the San Pedro Creek, the city of San Antonio continues to invest in her people. Here are a few of our favorite additions: 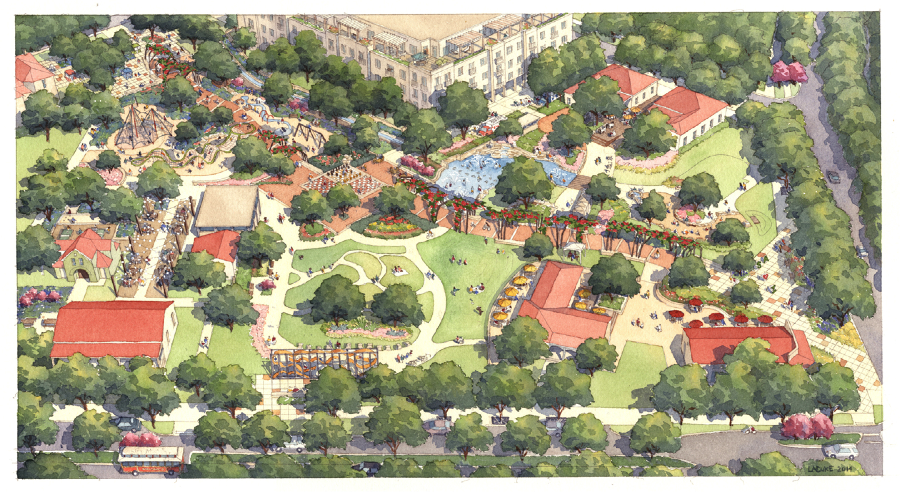 The most recent addition to San Antonio’s downtown parks, Yanaguana Garden seeks to combine the local art scene, businesses, and residents with a child-friendly playscape. The combination of different interests helps the area create an atmosphere reminiscent of a European central park, in which residents are able to enjoy the outdoors, take in the community atmosphere, and sip on a cup of coffee. If the cutting edge architectural features or historical buildings are not enough to draw you in, the playground features are second to none in the downtown area. The innovative obstacles and slides are sure to entertain children for years to come. The garden is the first phase of a multiple phase project to improve Hemisfair Park. The new park will provide an attractive atmosphere between the Tower of the Americas and the redesigned Henry B. Gonzalez Convention Center. When all is said and done, San Antonio will have an impressive outdoor space to serve as our “central park,” welcoming visitors, residents, concerts, and events. 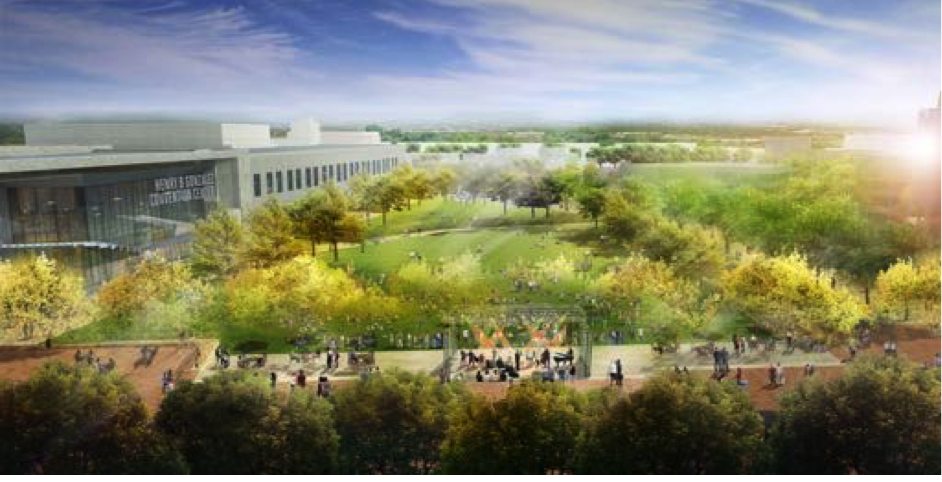 Phase two of the Hemisfair project is a brand new civic park accented by an outdoor stage. While Hemisfair has long existed as a small park and concert venue, the newly designed area will provide more open and sprawling public spaces. The new Hemisfair will create a landscaped area adjacent to the convention center and Yanaguana Garden, simultaneously increasing the attractiveness of the area for conventions while creating a new and exciting venue in its own right. Further, the park will create a new open green space in the middle of downtown, providing residents much an appreciated open area to enjoy a nice afternoon. All things considered, the new Hemisfair Park is sure to provide a central downtown meeting ground tailor made for our cultural city. 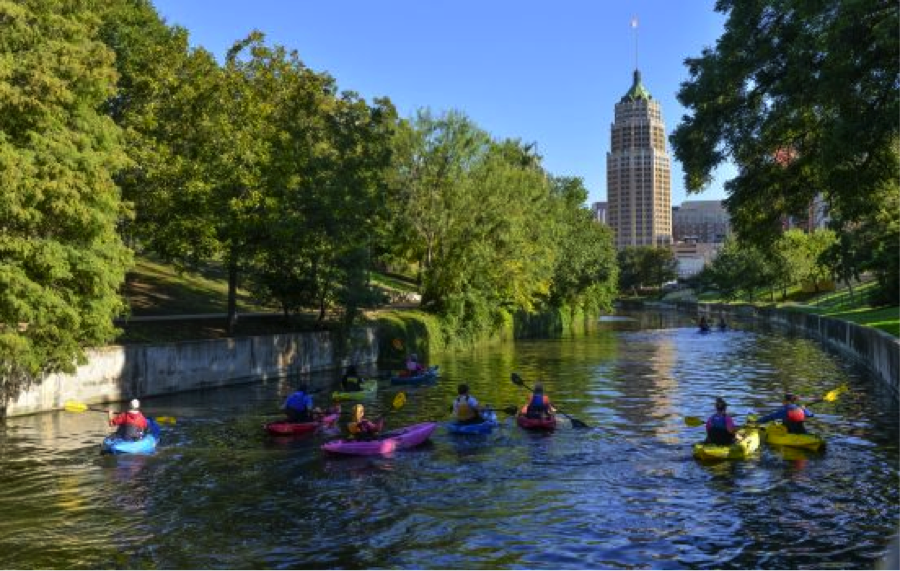 Most people who visit San Antonio know plenty about the San Antonio Riverwalk. However, many miss out on the stretch of the San Antonio River that runs south of downtown towards the Blue Star Arts Complex and continues toward the San Antonio Missions National Historical Park. While the Mission Reach of the river is not as new as some other developments in town, the improvements are still quite recent. The southern portion of the Riverwalk provides an entirely different side of the river. Families can be found at the parks along the stretch while young professionals live and gather in the area near Blue Star. The improvements include paved sidewalks, exercise stations, benches, and landscaping for miles along the river. The area is perfect for hiking, biking, or even kayaking. As San Antonio continues to grow south, this area of the river will only continue to prosper. 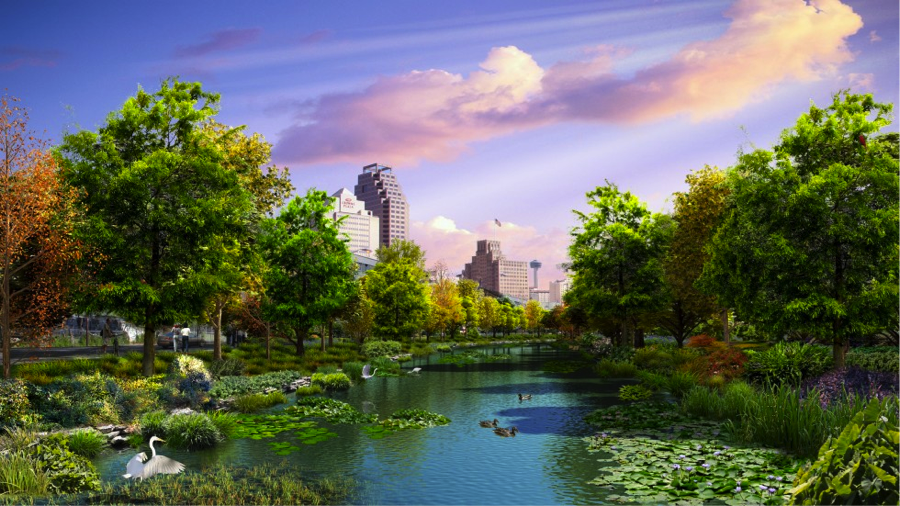 Perhaps the crown jewel of downtown improvements, The San Pedro Creek revitalization project is being billed as a Riverwalk-style linear park geared toward locals. The creek will incorporate both natural and artistic design to create a flow perfect for a linear park reminiscent of New York’s High Line. Not only will the creek provide a beautiful place to exercise or take a stroll, but it will also create a very practical pedestrian highway parallel to the busy and ever growing South Flores Street. The creek will help pedestrians access high-profile workplaces like HEB headquarters, the new Frost Tower, City Hall, and the new Federal Courthouse. However, the creek will aim to be equal parts pedestrian thoroughfare and art exhibit. Planners have set aside space and funding for uniquely commissioned works of art to appear alongside the natural beauty. The project is expected to be completed in time for San Antonio’s Tricentennial celebration. 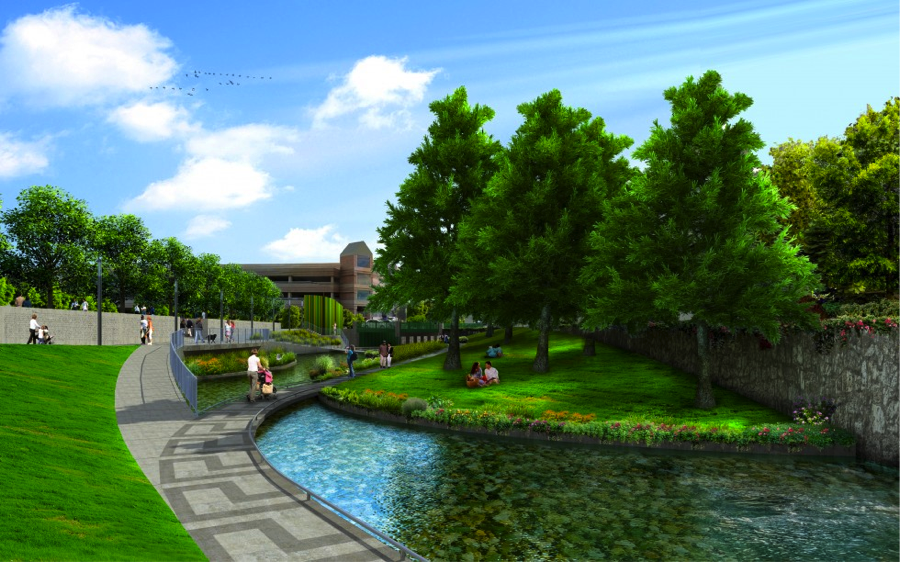 You would be hard pressed to find a city with more resources committed to improving resident life in the next five years than San Antonio. With a commitment to unique, natural, and usable public spaces, the city continues to improve a downtown we can all enjoy. Considering making the move downtown? Contact one of our great agents to help you find the perfect new home. Don’t be afraid to bet on downtown San Antonio, San Antonio is betting on you!