If you’re currently in the home buying process, you know that purchasing a new home means so much more than just choosing paint colors and finding the perfect kitchen: it also means investing your hard-earned money. So while purchasing a new home affects your daily lifestyle and your family, it might impact your wallet the most. Thankfully, if you’re buying in the San Antonio area, your finances just might thank you for investing in real estate! There’s a reason Angela Shields, President and CEO of the San Antonio Board of Realtors, called 2015 a “a record-breaking year in our real estate market in terms of sales...”

In the entire San Antonio area, over 27,000 homes were sold in 2015...an all-time high for the city! Across the country, experts and agents marveled at the Alamo City’s real estate growth. But don’t take our word for it. Among many others, San Antonio made these lists:

- Forbes listed San Antonio as No. 3 on their list of 2016?s “Best Buy Cities”—the top 20 housing markets to invest in this year

So what makes San Antonio so special? Here are a few reasons why homeowners in San Antonio are hitting the jackpot in 2016:

This year, one housing study showed that affordability seems to be declining in certain areas of the country. Though the housing market has grown and prices have continued to rise, wages have stagnated. This means that low and middle income homebuyers are slowly being pushed out of the cities and into the more affordable suburbs...not so in the Alamo City! What makes the difference? Job growth...something San Antonio has been known for in the last several years.

If you’ve spent time in San Antonio the last several years, it comes as no surprise that the local economy and job market are thriving. San Antonio offers jobs to a huge population of hardworking men and women. The city’s unemployment rate has remained far below the national average (even during the recession), and new jobs seem to be cropping up all the time. San Antonio is the proud home of companies like Rackspace, NuStar Energy, and USAA, among others. San Antonio’s large military presence also expands the city’s workforce by a whopping 100,000 jobs. This thriving job market allows more renters to become homeowners, further fueling growth in the San Antonio real estate market.

If you’ve kept up at all with San Antonio real estate news in the last several years, you know that prices have been on the rise. As more and more families have moved onto the housing market, less and less homes have been available for purchase. Naturally, this demand has caused each home to increase in value.

In 2015, the average sales price of a home in the area was $231,976, and the median price was only $192,800. It’s worth noting that even with rising prices, average and median prices are still lower than comparable Texas cities like Houston, Austin, and Dallas. Even with prices rising across the country, San Antonio rates are still relatively low. Considering prices will only go up from here, the time to buy is now! Cost of living is another long-term factor to consider: as the 7th largest city in the country, San Antonio’s cost of living is still 9.2% below the national average. 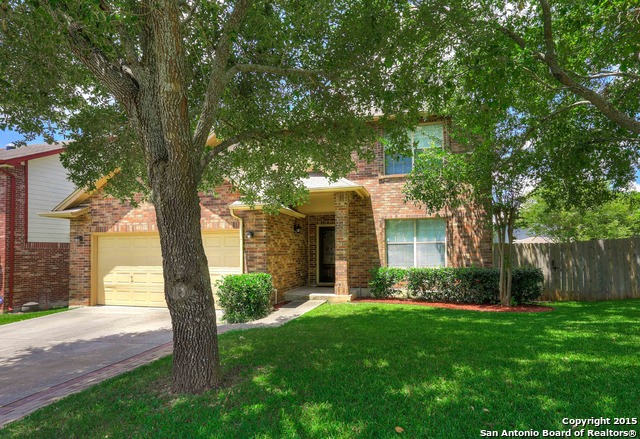 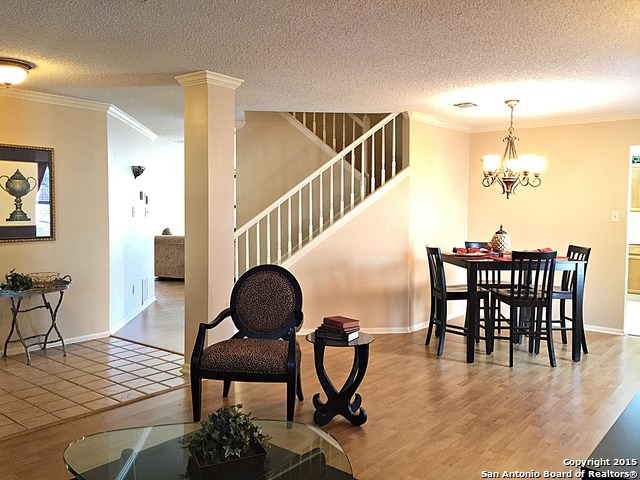 This San Antonio home in Encino Park is, believe it or not, on the market for less than the price of an average home in the city.

San Antonio’s popularity seems to be increasing by the minute. As one of the fastest growing cities in the country, the city’s population increased by over 8% between 2010 and 2014! This population growth means one thing for homeowners: a seller’s market. As the population continues to increase, property values continue to rise...meaning your investment is continually worth more. The city’s population shows no sign of slowing down, either... San Antonio was recently named the #1 hotspot for Millennial residents (according to Forbes). As the next generation begins taking more ownership (literally) of the housing market, homes will grow increasingly valuable. Population growth is one of the reasons that, along with Austin, Denver, and San Diego, San Antonio appeared on the Emerging Trends’ 2016 list of the “Top 20” markets for real estate investment and development!

If you’re considering investing in real estate, you’re certainly aware that financing is one of the most integral pieces of the real estate puzzle. Tax rates, mortgage prices, etc. can have a huge impact on your overall investment. San Antonio homeowners are in luck! Mortgaged homeowners in San Antonio are reaching debt-free homeownership at a faster rate than most. With an average of 19 years as a payoff rate, San Antonio came was listed as #2 for “shortest time to financial freedom” on a list by WalletHub. Steady mortgage prices, low interest rates, and low down payments (the lowest in the country according to WalletHub!) make paying your home off less intimidating than ever. In fact, most buyers (around 62%) are spending less than 10% on a down payment. 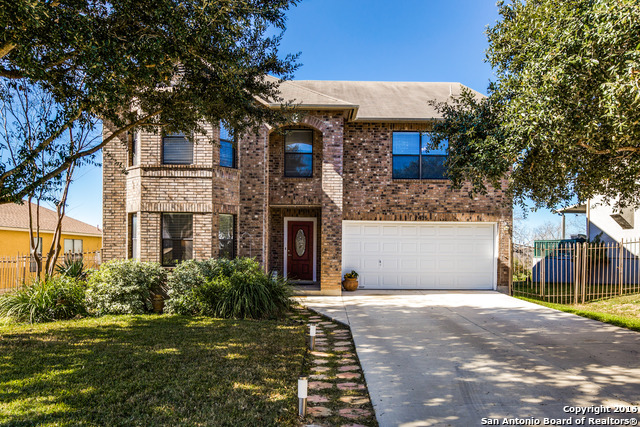 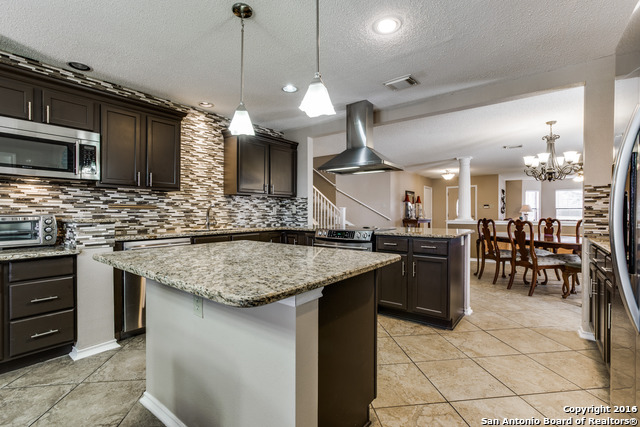 It may be hard to believe, but this nearly 3,500 square foot home comes in at only slightly above the average San Antonio home price of $231,976!

As a whole, prices within the state of Texas are increasing at a rate nearly double the rest of the country. San Antonio is no exception. These constantly rising home values mean that your home can function as a very strategic investment! All the above factors (affordable prices, job and population growth, healthy financing, and rising prices) combine to one overwhelming conclusion: owning a San Antonio home is a profitable decision. Real estate investors in the area report an ROI (return on investment) at much higher rates than other Texas cities. In other words...why wouldn’t you buy?

Bob Jacobs (San Antonio Board of Realtors’ 2016 Chairman of the Board) explained: “We continue to see more and more people getting into the housing market...and with homes at affordable prices all around the city and surrounding areas, there really is something for everyone in this market.”

These are exciting times for San Antonio homeowners! And while we deal with home transactions and loans and move-in dates all the time, we understand that each buyer is trusting us with an incredibly personal and important decision. Contact a REALTOR® today to find out more about what it looks like for you to invest in San Antonio real estate! 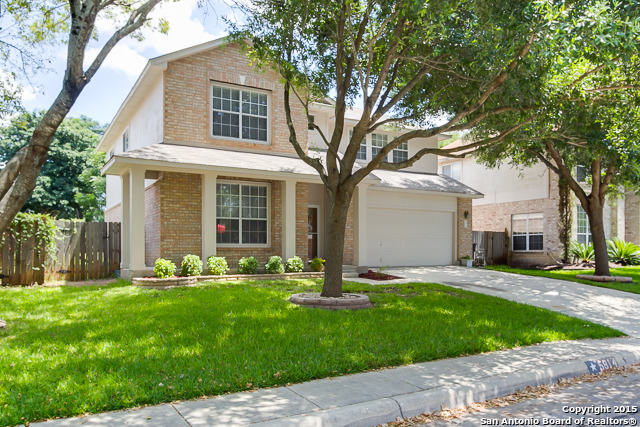 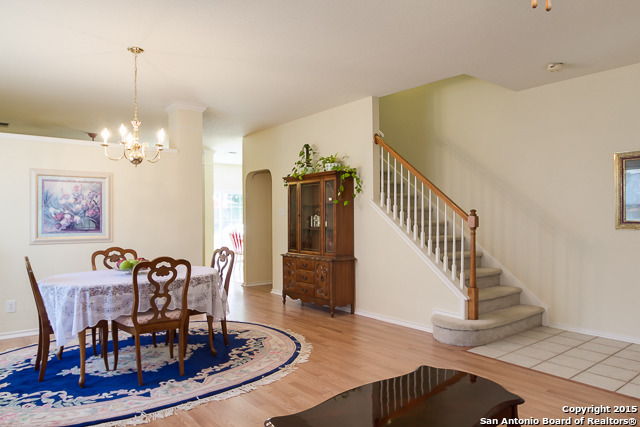 This home actually comes in below the city's median home price.  At $190,000 we'd say this is quite the sound investment.  Surprising? Maybe.  Exciting? Absolutely!

Feel a little better about the San Antonio housing market? Us too. Ready to get started on your San Antonio home buying journey? We have some excellent resources for you. If you are a first-time buyer, download our exclusive buyers' guide - you'll get excellent insight into the entire process of buying a home in San Antonio! Already know what you are doing, but need to know how much you can afford? Contact a lender to get pre-qualified. Need an agent? We've got 1,500+ - take your pick!

buyer:An economic downturn when buyers have the advantage.

buyer:A temporary agreement where the buyer will reside in the property before closing.

buyer:the agent that represents and guides the best wishes of the buyer in a business transaction, as either an individual agent or as a broker