We Love You Austin, But Here’s What San Antonio Does Better 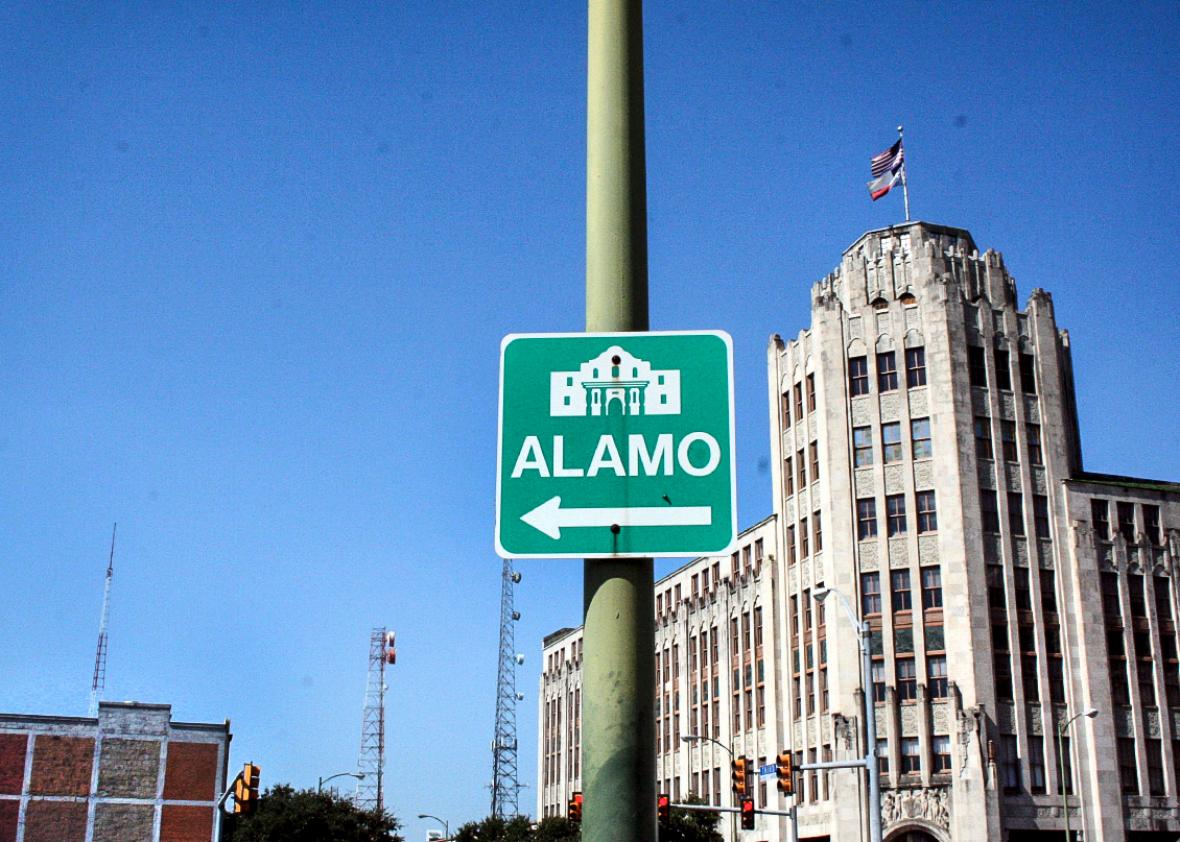 San Antonio and Austin have always been radically different entities. In fact, if major Texas cities can be described as a family (with Houston being the ambitious dad and Dallas the hospitable, appearance-conscious mom), the relationship between San Antonio and Austin has always felt that of two siblings: distinctly different, but loving nonetheless. Over the years, San Antonio grew strong and tall into the role of the supportive and stable eldest sibling, while Austin sprouted into the adventurous, unpredictable youngest.

Though only an hour and a half apart on that beautifully maintained strip of I-35 (insert virtual eye roll here), the demographics and vibes of these two Texas cities put them in totally different categories. San Antonio is family-oriented and spacious, boasting a vibrant and diverse cultural background. Austin, on the other hand, has a reputation for being just just plain cool: equal parts cowboy and hipster, always keeping things deliciously weird. We aren’t surprised in the slightest that Austin is growing at incredible rates, ranking #2 in U.S. News and World Report’s 2016 “Best Places to Live”. 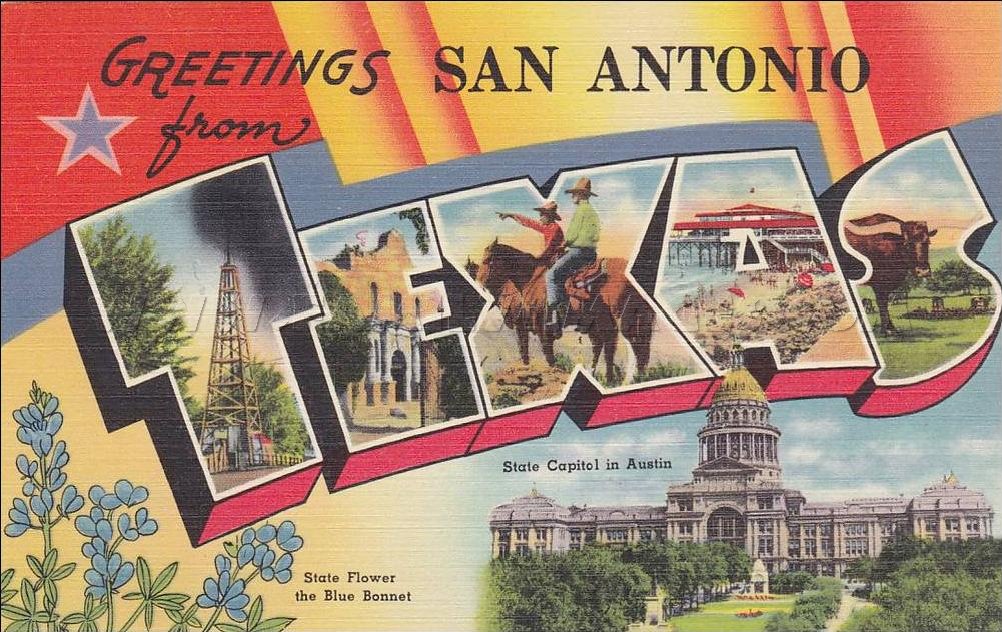 But, like all sibling relationships, the bond between San Antonio and Austin is threatened mostly by competition. When we heard Austin cry out, “Mom, my breakfast tacos are better!”, San Antonio’s fiery objection was a thing to behold. And, as Austin has grown more and more in popularity and reputation, San Antonio has felt the need to defend its honor a little bit. After all, we’ve seen more than one Austin-ite roll their eyes and say, “Oh, San Antonio? I neeeeever go there.” And we get it, Austin...you really are super cool. But we still hold some seriously unique (and yes, sometimes downright weird) ground in Texas. 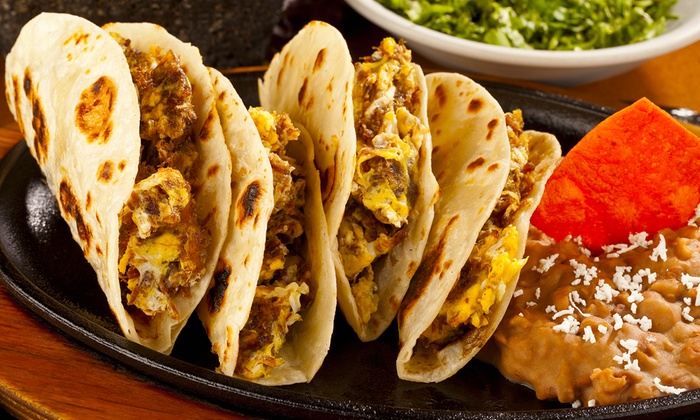 Remember the great taco debate of 2016? When a well-meaning food blogger asserted Austin as the originator of the term “breakfast taco”, San Antonio had a bit of a fit...which brings us to our first point: while Austin excels at the art of food trucks and novelty pizza, San Antonio still lays claim to the best Mexican food in Texas. To show you how serious we are, look at Mi Tierra: a 24/7 fiesta that could probably kill you with its deliciously authentic papa con huevo or machacados. Then we have Rosario's: once just a local favorite, this Tex-Mex gem has now been featured in Southern Living, Texas Monthly and The New York Times. Serving everything from fajitas to Chile Relleno de Pescado, Rosario’s is also famous for their original and top-shelf margaritas. Besides these classic restaurants, hole-in-the-wall dives like Pollos Asados Los Norteños have the Yelp world raving. Of course, we acknowledge that Austin has great restaurants...but while y’all keep re-inventing the donut burger, we’ll keep at it with the chips and salsa. 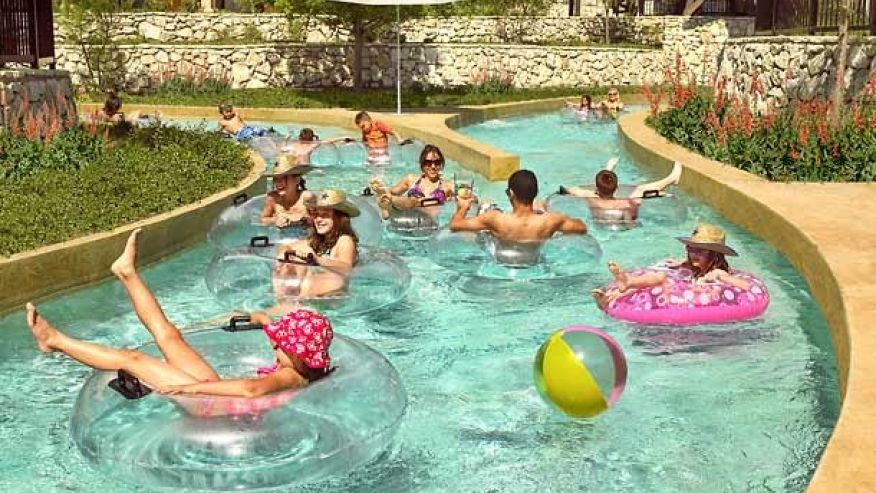 Austin excels in taking ordinary things and making them exponentially edgier. What you thought was just a wall is now an eye-catching mural. What you thought was a classic brewery is actually stirring up Brisket Cider. We love it! But we have to admit: edginess doesn’t always translate to family-friendly. The cool crowds that keep Austin edgy and creative tend to be made up of younger, millennial types that aren’t as well-known for their southern hospitality. Whereas Austin used to be known for its friendliness and local businesses, the famous trait has grown a bit stale amidst a major influx of large corporations and new residents not as familiar with Texas manners. Thrillist put it best when they explained, “A trait that Austin used to be famous for has moved 70 miles South...and we’ll take it.”

You don’t need to consult an accountant to figure out the obvious truth: it pays to live in San Antonio. In practical terms: the cost of living increases 15% when moved 70 miles north to Austin. This means a salary of $50,000 in San Antonio has to increase to $57,692 in Austin. While elevated entertainment and grocery costs contribute partially to this nearly $8,000 difference, it turns out the biggest pain-in-the-pocketbook is housing. Renters and homeowners shell out 48% more than they do in the Alamo City.

4. The Week-Long Party That is Fiesta 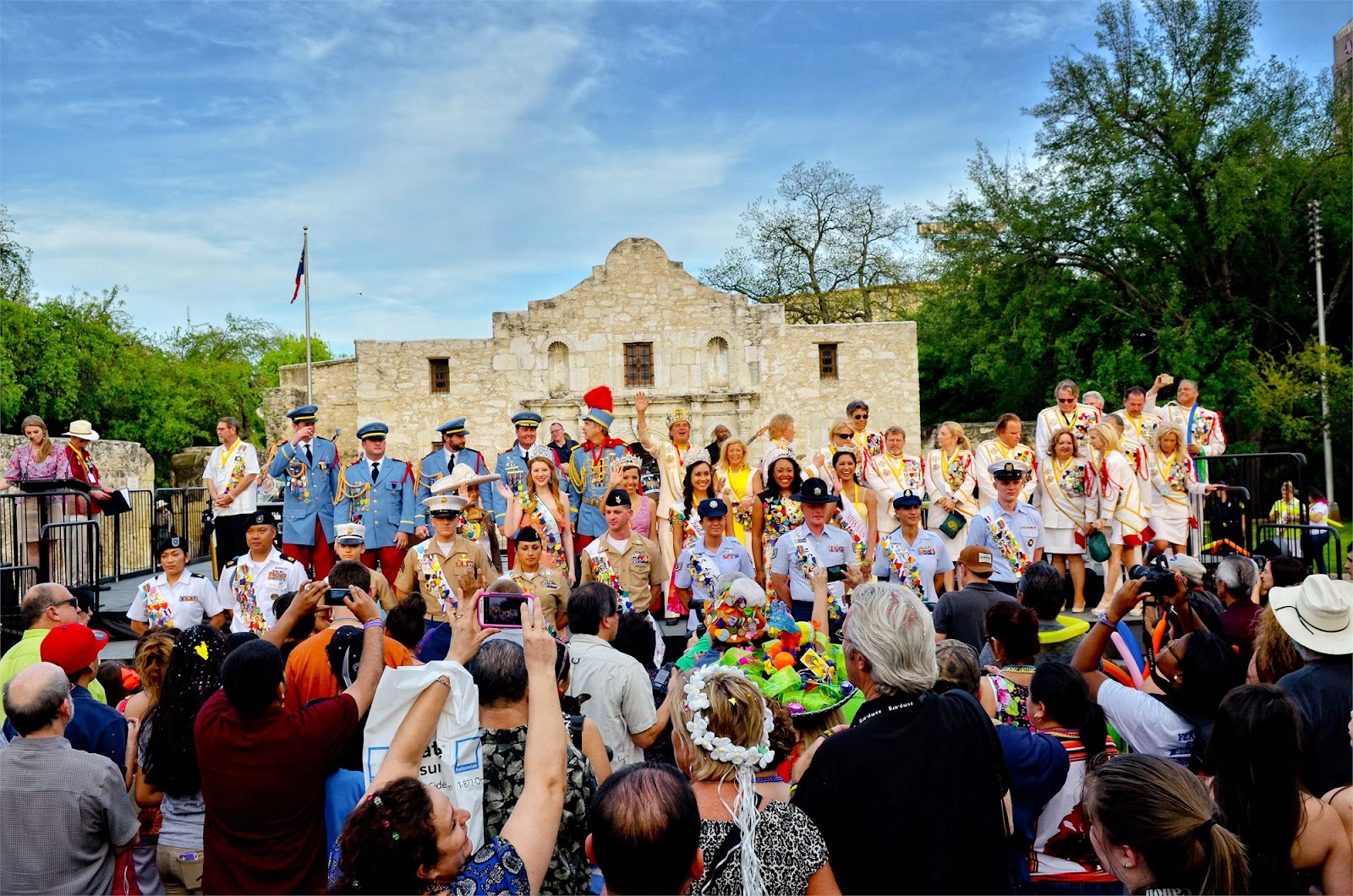 Image Courtesy of The Odyssey Online

Both San Antonio and Austin are well known for their city-wide festivals: Austin dominates the concert scene and San Antonio shuts down for the week of Fiesta. But, while native Austinites tend to lay low during the overcrowded days of SXSW and ACL, San Antonians come together for the community-building celebration of Fiesta. A tradition that can be traced back to 1891, Fiesta is more than a tourist attraction. Instead, the colorful celebration is a week-long festival hailed as a “party with a purpose”, raising funds that benefit San Antonio citizens throughout the year. 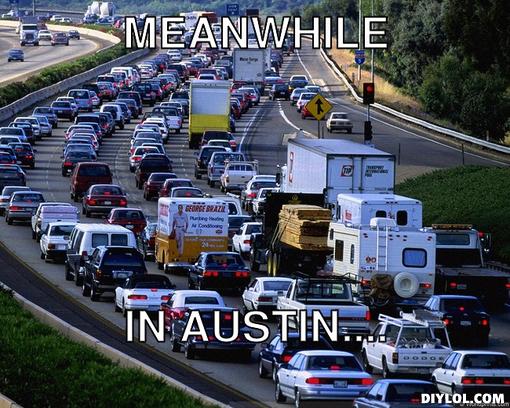 When comparing the two cities, we are willing to concede to Austin in one particular category: traffic. Don’t get us wrong: we are under no false assumption that San Antonio is devoid of big-city traffic or congestion. But the far reaches of Loop 1604 sprawl wide enough to ensure the big city never feels too crowded...and there are plenty of alternate routes to avoid the delays. Austin clearly wins the “crowded” trophy with a population density more than twice that of San Antonio. We aren’t surprised that in 2013, Austin made its way to #4 on the Inrix list of Worst Traffic Cities. According to the data, Austin commuters wasted an average of 41 hours in traffic, a 22% increase in overall travel time. Sorry Austin...but we don’t envy that.

Unarguably, diversity is the crown jewel of San Antonio’s rich culture. The Hispanic-Tejano bend to the Alamo City’s population has indeed made it a special place. Unique, accepting, and culturally intelligent, San Antonio is considered one of the most welcoming cities in Texas. Whereas Austin’s demographics are composed of about 48% white and 35% Hispanic or Latino, San Antonio rests at 26% and 63% respectively. Diversity leads to economic growth, and studies suggest that cities with high levels of diversity are better able to adapt new technologies and ideas! 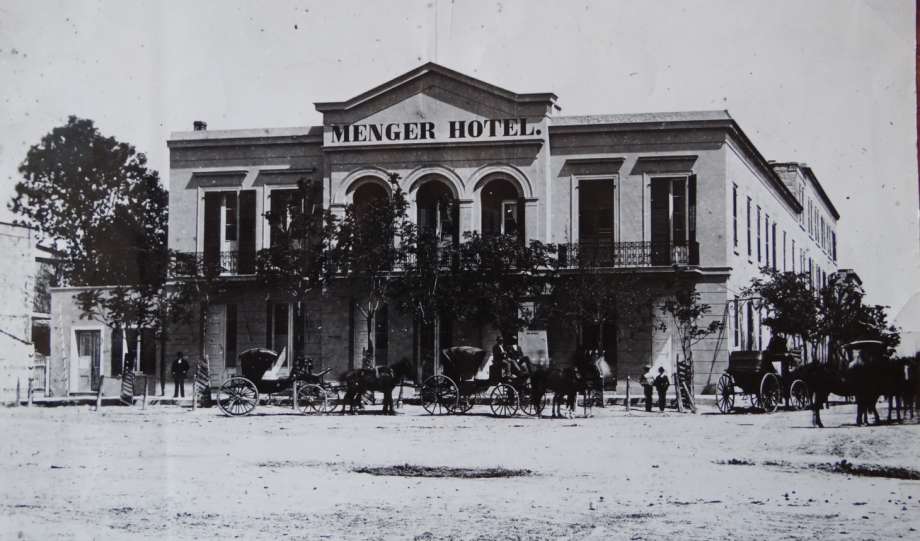 For all the newness and growth happening in Austin, there’s something special about the old-world flavor of The Alamo City. Literally built on and around major historical events and landmarks, San Antonio was founded in 1718...over 100 years before Austin! Residents and visitors can still see well-preserved traces of the way things used to be in the many historical districts like King William, Monte Vista, Tobin Hill, and (of course) the Alamo Plaza.

For years, San Antonio has been nicknamed “Military City USA”. Not only is San Antonio the proud home of Joint Base San Antonio (a conglomerate of three different military installations), but it also boasts numerous military support organizations, veteran resources, and a strong sense of military community! It’s no surprise that on nearly every list we found, San Antonio was one of the top cities listed as “most military friendly”. 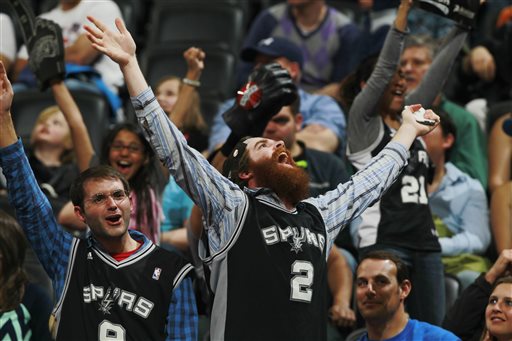 Image Courtesy of The Brownsville Herald

We could literally go on and on and on and on about how much San Antonio loves its basketball team. From city-wide free Valero coffee after a Spurs win to unashamed hugs and high-fives with strangers at the AT&T Center, this city again and again proves its passion for the game. We’ll leave it at this: we wouldn’t trade Tim Duncan or David Robinson for all the vegan ice cream in the world.


15 Things About the San Antonio Riverwalk you Never Knew