If you’re a military family newly stationed in San Antonio, we’d like to welcome you! At Keller Williams, we want to help make your move to San Antonio as smooth and seamless as possible. We know that, as a military family, you face relocation and the home search more often than most. This makes finding the right home very important! In this blog series, we’ve researched neighborhoods surrounding several bases in San Antonio. This week, we’ve hand-picked several areas that seem particularly appealing to military families based out of Brooke Army Medical Center.

San Antonio is popularly known as “Military City USA” for good reason. This city is home to Joint Base San Antonio, which is made up of 3 separate military bases: Fort Sam Houston, Randolph AFB, and Lackland AFB. The full base employs over 80,000 people, making it one of the largest in the country. Today, we’re zooming in on Brooke Army Medical Center, often referred to as “The Home of Army Medicine” and the central headquarters for US Army Medical Command.

BAMC is located at Fort Sam Houston, which currently serves as the command headquarters for the US Army North, US Army South, and the Army Medical Command. It also hosts the Army Medical Department Center and School, the Fifth Recruiting Brigade, and Medical Education and Training Campus, among other units. 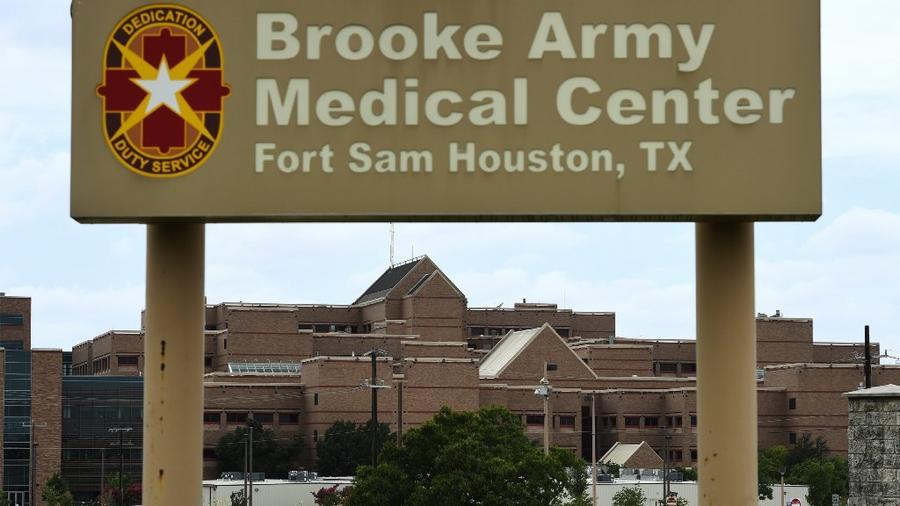 Fort Sam Houston currently has a population of over 160,000 people! Due to its large size, the base is home to its own ISD, which contains one elementary school, one middle school, and one high school. Recent job growth in the area has been positive, and the median household income is around $42,945.

Though military housing is available on base, many families desire their own home in a more “normal” neighborhood...however, this often means a long commute. So what if you want to live off-base, but you don’t want to drive too far? Being on the near East side of the city, BAMC is very centrally located. It’s an easy drive to and from several desirable neighborhoods. We’ve found some nearby areas that are perfect for military families!

A hidden gem in the Fort Sam/BAMC area is Oak Park-Northwood, just under 7 miles from the military base. Built right after World War II, this neighborhood has old charm and mature oak trees. Mostly composed of ranch-style homes, this area has very affordable real estate in a very desirable area…downtown is only a short drive away! Homes are priced around $250k-$350k. Great school districts and a cozy feel make this neighborhood a great one for military families based out of BAMC.

Olmos Park is an independent “city within a city”. With a population of about 2,300 residents, the Olmos Park area has been very sought-after by members of the San Antonio community! Originally built in the 1920s as a San Antonio “suburb”, the city has grown up around the neighborhood, giving it an upscale, cozy feel while still remaining at the heart of the city. A close commute to downtown, area attractions, fine dining, and shopping make this area a great place to buy a home. The subdivision “Olmos Park Terrace” offers homes at prices ranging from $189k-$230k, whereas other areas of the city can be priced from $600k and up. Only a 15 minutes drive from BAMC, Olmos Park homes are an easy commute to and from Fort Sam.

This neighborhood is a hidden gem, nestled right up against BAMC! Only 2 miles away from the base, Bel Meade is a small community that feels like it’s set up in the middle of the countryside. Two community parks, multiple walking trails, and established greenery all contribute to this urban oasis in the middle of the city! Homes are relatively affordable, mostly staying in the $200k-$300k range.

The Alamo Heights community is extremely reputable in the San Antonio area. The neighborhood, located less than 5 miles from BAMC, is anything but cookie-cutter. Because these homes have been around for some time, the each have character and personality. The Alamo Heights area is also famous for its shopping culture, located right next to the Quarry Market. Prices in this neighborhood are very diverse due to the range of houses. Homes can sell anywhere from the $200k’s and up into the millions. Be sure to check out what’s available in this coveted neighborhood!

Located just south of Alamo Heights, Mahncke Park is just about 7 miles away from BAMC. This unique neighborhood connects to both Brackenridge Park and the San Antonio Botanical Gardens! Surrounded by city culture and attractions, this quirky, modest neighborhood has attracted many couples and families in recent years. The neighborhood's old school charm is reminiscent of Alamo Heights, but without the sprawling mansions. Composed mostly of 1920s and 1950s bungalows (but also condos and full-sized homes), Mahncke Park appeals to those looking for something small and unique close to the city center. The community is relatively tight-knit and neighbors are reported to be friendly and welcoming. Homes are priced at a wide range, but the average is around $523k.

Also located within 5 miles of BAMC is Terrell Heights, a small, quiet community on the outskirts of Alamo Heights area. The median home price is around $270k. Homes are affordable and set in a cozy environment. Also, the area school district is one of the best in the city. Adding to its appeal, Terrell Heights is an easy drive to Breckenridge, the city zoo, and other San Antonio attractions!

A little further away (about 10 miles/20 minutes away from BAMC) is Converse, TX. Enclosed completely by San Antonio, Converse is its own independent municipality in the middle of the city! With a population of about 19,000 people, the community is especially tight-knit, a huge plus for military families looking to plug in right away. Homes are modest but high quality, and prices are very affordable! If your budget is in the $100k-$200k range, we recommend you check out Converse!

To summarize, San Antonio is an incredible city to call “home”...for singles, couples, and families alike. The mix of city culture and Hill Country beauty make San Antonio unique among military cities. Because of its numerous bases, San Antonio is also a hub for both active duty military members and retirees. This has made the area very military-friendly...always ask about military discounts and specials when you’re shopping, dining out, or exploring area attractions! Also, the city’s consistently improving economy and housing market make right now the perfect time to buy a home.

We hope you love the Alamo City! Be sure to check our “Transplants” blog to get insider info on restaurants, farmer’s markets, shopping, and other savvy knowledge from San Antonio locals.