One of the greatest benefits of living in San Antonio is the variety of “things” to see and do. In fact, there are so many San Antonio attractions and events on any given weekend that it can seem overwhelming to choose just one. In this series all pressure is off! Ten fun things to do in San Antonio will be chosen each week to make researching for the next Friday celebration, date night, or family outing a little more simple.

The San Antonio Book Festival is back! Originally started in 2013, the festival unites readers and writers in a celebration of literature. The event begins at 10AM and stretches until 5PM. With over ninety authors present, there is plenty to do and explore. There are different events throughout the day, each one focusing on a genre (fiction, books for young adults, cooking, etc.), leaving you to decide what you would like to experience. The best part of the festival is that it is free and open to the public!

Where: The Central Library & Southwest School of Art (600 Soledad St.)

Calling all Disney fanatics! It’s time to put on that princess dress or grab your Mickey Mouse ears for the 100 Years of Magic Disney on Ice show! All of your favorite Disney characters will be present, including Anna and Elsa, Cinderella, Donald Duck, and Mickey Mouse. Sing along to some of Disney’s most memorable songs as characters perform magical moments from classics like Toy Story, The Lion King, Aladdin, and many more. There is no doubt that this will be an unforgettable experience for the entire family. Snag your tickets now so that you don’t miss out on the show! 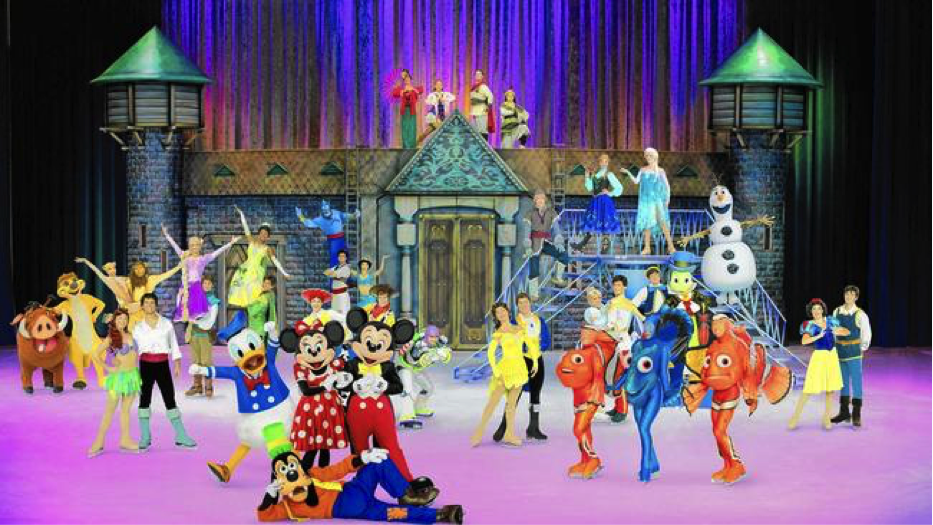 If you’re curious about the ins and outs of a brewery, look no further than Ranger Creek Brewing & Distilling Company. Their guided tour teaches you how they make beer and bourbon. At the end of the tour, there is even an opportunity for you to attend a tasting in the official tasting room. You’ll leave with a souvenir pint glass, three samples of the company’s products, and more of an understanding of the entire distillery/brewing process. Leave little ones at home for this one, as it is only for those who are 21+.

The YMCA is hosting the annual Siclovia event where the streets of San Antonio are turned into a safe place to exercise and play! The streets of downtown will be car-free and ready for families to attend so that they can run, walk, bike, and even take an exercise class. This is the tenth annual Siclovia and the program has affected many people over the years. Come out and support the community with this event. To view the map for Sunday, click here.

If you are a Shakespeare fan, get ready for this witty take on ALL of his 37 plays. The Complete Works of William Shakespeare whizzes through the plays in just an hour and a half, all while entertaining the audience with satire and playfully poking fun at certain Shakespearean elements. The show consists of only three actors and they play multiple roles each. The Arneson River Theater mimics Shakespeare’s Globe Theater due to the outdoor element of the amphitheater. All Shakespeare fans will appreciate this uniquely crafted show that pays homage to the playwright and his famous works. 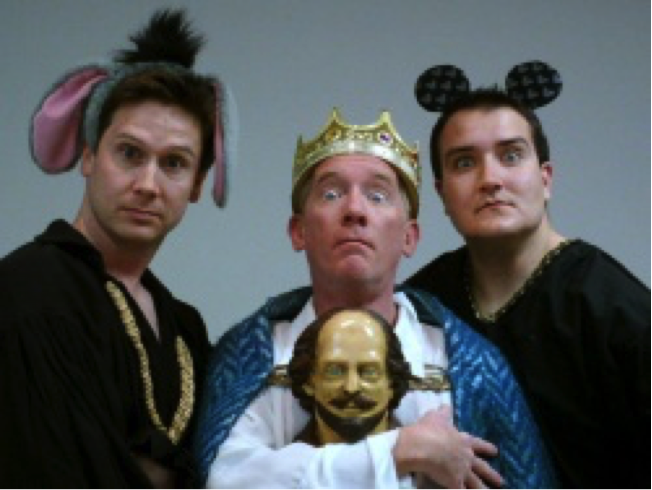 Art Pace San Antonio, often referred to as the laboratory of dreams, supports artists and provides them a creative environment where they may grow and experiment. The company started of small but has since expanded globally, allowing artists to expand as well. As a visitor, there is so much to take in and see. Currently, there is an international artist-in-residence, an exhibit called “Window Works”, and the Hudson (Show) Room. The best part of Art Pace is that it is free admission and open to the public so you can explore art in an entirely new way.

A night of comedy awaits you with Jeff Foxworthy and Larry the Cable Guy! The two comedians are coming to the Tobin Center on their “We’ve Been Thinking” tour and they are ready to provide a night of laughter and fun. Foxworthy is known to be one of the most well known comedians in the country and Larry the Cable Guy is not only a comedian, but a multiplatinum recording artist. Together, these two are sure to bring the laughs in this evening of comedy that you won’t want to miss.

It’s officially springtime in Texas! Celebrate with a picnic in the park. Stone Oak Park is packed with a multitude of walking trails, each one dusted with Texas wildflowers. Enjoy the gorgeous weather that is forecast for this weekend by exploring the park’s caves. There are various spots for a picnic along the way or you can simply relax in the outdoors. The park has different exercise stations like a pull-up bar, balance beam, stair climber, and leg press. You can get more of a workout by going to the park than to your gym! Grab the whole family and your four-legged friend for a day in the sunshine.

Tony Parker has opened a food truck here in San Antonio! With the help of Chef Cliff Chetwood, Tony Parker’s innovative food truck “Crème de la Crème” opened last week, featuring items like crepes and croquet monsieurs. Relish in French cuisine and feel like you are partaking in fine dining with this food truck because it is elegant and delicious! The truck allows Parker to share a part of himself with all of San Antonio so hurry up! Get in line quickly!

The Jazz Poets of San Antonio are performing this Saturday and you won’t want to miss it. The first half of the show mimics an NPR podcast, “Prairie Home Companion” and the group uses satire as a major element. After intermission, the show shifts into its usual “jazz poetry”, featuring performers who focus on musical improvisation. The unique group will intrigue you and definitely leave you wanting more at the end of their performance. The seating is limited, so you’ll want to get your ticket soon! Additionally, it is a BYOB event, if you so choose!

Buying a Home? The 7 Clever Tips that Might Get you a Better Price