The Broadway Reach, SoBro, the Pearl District, the Cultural Corridor...whatever you want to call it, we can all agree on one thing: San Antonio’s culture-rich midtown is having something of a moment.

Perched just above the Alamo City’s buzzing downtown, this up-and-coming section of Broadway (bound by Hildebrand on the north and E Houston St on the south) has grown from a smattering of half-forgotten cultural attractions into a single, thriving collection of museums, parks, restaurants, and reimagined historic buildings.

But longtime San Antonio residents may wonder: just when did this once-sleepy part of town become such a hotspot? If you’re in this camp, you’re not alone. This area has experienced unprecedented growth in the last 10 years (seemingly overnight to many San Antonio natives who still see The Pearl as a brand-new trendsetter). Visit today, however, and the transformation is undeniable: Central San Antonio is now humming with tasty vegan ice cream, award-winning tacos, and our favorite new jazz club. 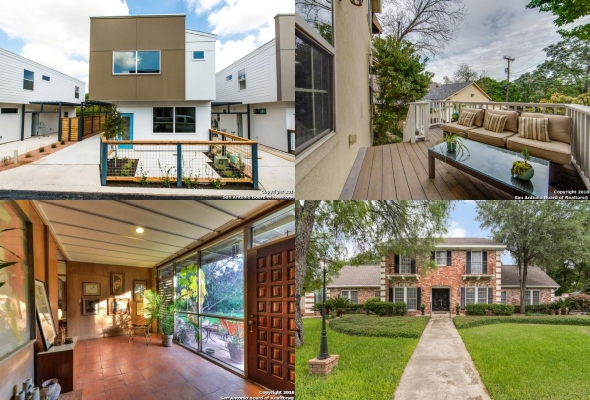 Threaded by Broadway St and surrounded by charming historic neighborhoods, San Antonio’s Cultural Corridor is a singular district made up of many smaller parts in Central San Antonio: Alamo Heights and Terrell Hills on the north, Olmos Park, Monte Vista, and Tobin Hill on the west, Mahncke Park on the east, and Downtown to the south. Together, these smaller communities set the tone for the families, couples, cyclists, tourists, and locals who set out to explore the full gamut of experiences this area has to offer. Individual and unique in their own rites (from Alamo Heights’ ambling Spanish oaks to Tobin Hill’s "eclectic luxury” vibes), these neighborhoods are united by gorgeous homes (both historic and new), walkable streets and sidewalks, friendly communities, and favorite local businesses. In fact, we’d assert that this Cultural Corridor (appropriately) conveys the very heartbeat of San Antonio’s diversity and charm.

The History of Development 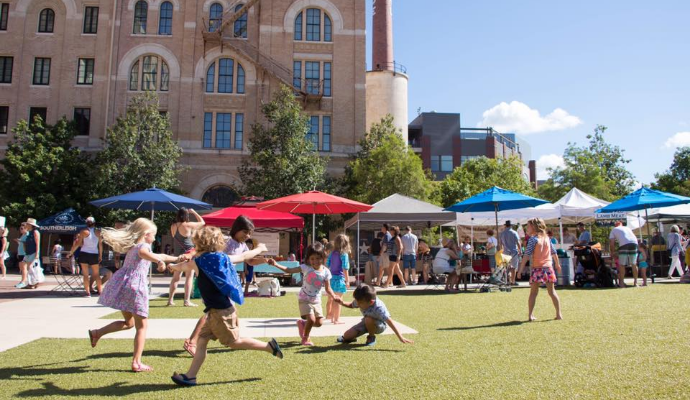 For many locals and expats intimately familiar with San Antonio, this new burst of development has been dramatic, to say the least. But just how did this Cultural Corridor gain the traction for such an infrastructure? This wildly ambitious vision actually began over 10 years ago thanks to major players like SA2020 and Centro San Antonio. The plans to remake Central San Antonio into a cultural hub included millions of dollars poured into strategic renovations and new construction aimed at making "mixed-use, livable, walkable neighborhoods linked to downtown and culturally important sites along the way.” The project started with major street renovations (transforming Broadway from seven lanes to four), the renovation and redevelopment of the Pearl Brewery complex, the construction of unprecedented luxury apartments, a brand new children’s museum (the $47 million DoSeum), and $76.7 million in renovations and expansions at the Witte Museum and San Antonio Botanical Garden. The goal? To create an alluring, culturally-relevant, safe area that would draw in new residents and visitors.

Far from “just one thing”, this “Cultural Corridor” is made up of many parts drawn together by a common goal: to create easily accessible, affordable, and enjoyable cultural establishments. Take a look at the major players below! 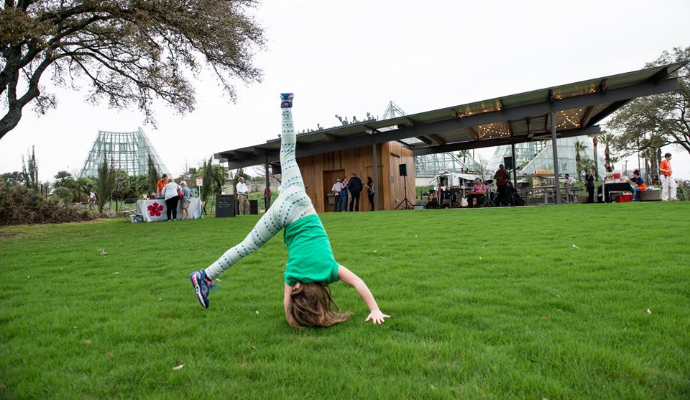 San Antonio Zoo: Considered by some to be one of San Antonio’s hidden gems, this 50-acre zoo is home to literally 9,000 animals of 750 species and always seems to have creative, interactive tours and exhibits (from Zoorassic Park to Big Cat Valley).

Japanese Tea Garden: By far San Antonio’s most “zen” spot, this tranquil garden was transformed nearly 100 years ago from an operating rock quarry into one of the city’s most beloved parks, featuring traditional Japanese architectural elements and exotic plants.

Brackenridge Park: A piece of San Antonio history! This park has been open to the public since 1901 and features an accompanying golf course, miniature train, trails, public art, and picnic areas. 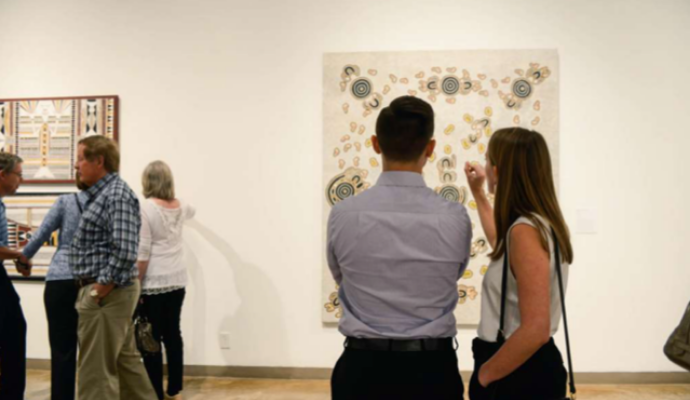 The San Antoni o Museum of Art: Fusing Texas history with over 5,000 years of world culture, the museum shows off famously large collections of art from ancient Mediterranean, Asian, and Latin America (and, yes, that means mummies and swords).

The Witte Museum: A self-described intersection of nature, science, and culture, is the proud home of several massive new exhibitions including “Predator Vs Prey”, “People of the Pecos”, and “Portraits of Courage”. 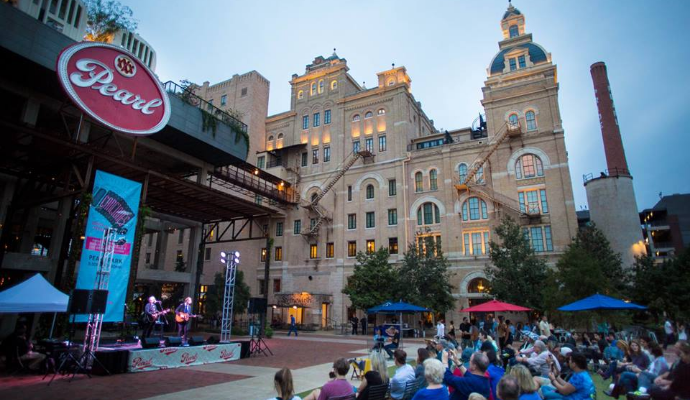 The Pearl Brewery: Originally Texas’ largest brewery (and the only one in San Antonio to survive Prohibition), this historic bottling department has been transformed into a mixed-use space featuring retail and dining, picturesque green spaces, a paseos riverside amphitheater, a boutique hotel, and the third campus of The Culinary Institute of America. A few of our favorite stops include Nao, The Granary ‘Cue and Brew, Lick Honest Ice Creams, High Street Wine Co, and Jazz TX. 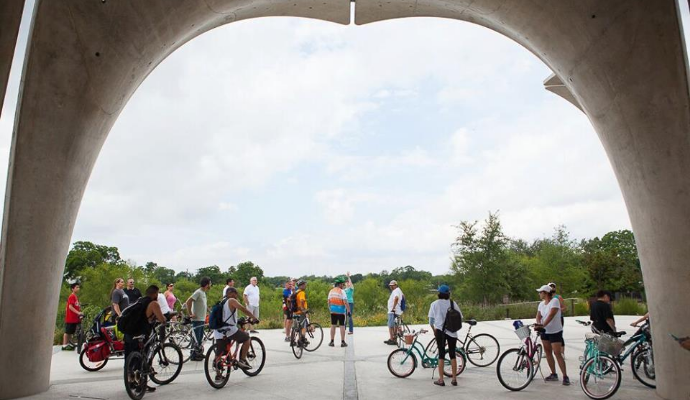 Plans for the Future

Though the Cultural Corridor’s development has already taken far-reaching strides, its creators and visionaries are by no means satisfied yet. Thanks to the City of San Antonio’s 2017-2022 bond program, Broadway’s northern reach is still continuing to become more bike-and-pedestrian friendly, hoping to achieve status as the first completely walkable and bikeable multimodal streets in San Antonio. This ease of transportation will increase accessibility and transform Broadway into an even more alluring hub for arts and humanities.


300 Years of SA in Vintage Photographs