San Antonio Staples:  A Look at Some of the Alamo City’s Oldest Businesses

Whether you’re new to San Antonio or you’ve lived in the area for years, one thing is obvious to everyone: the Alamo City is pulsing with a vibrant sense of history and culture. Literally built on and around major historical events and landmarks, San Antonio was founded in 1718 and has continued to make a name for itself ever since. From King William to the Alamo Plaza, San Antonio’s iconic architecture, museums, monuments, and historic districts allow both residents and tourists to experience a taste of the way things used to be. 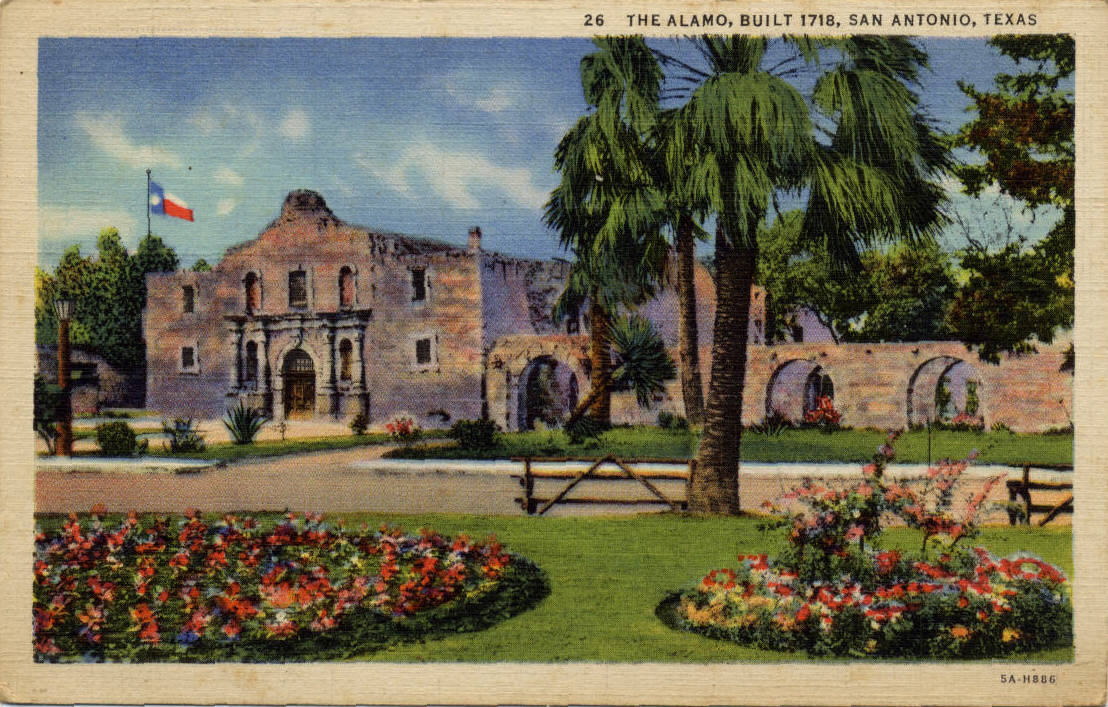 But besides these artfully preserved relics of the past, San Antonio is also home to several fully operational, thriving pieces of history! In this blog, we’ve explored several local businesses that have been in operation for decades...some well over 100 years! Many of these establishments started as mom-and-pop operations and have grown into some of the most iconic businesses in their respective fields. 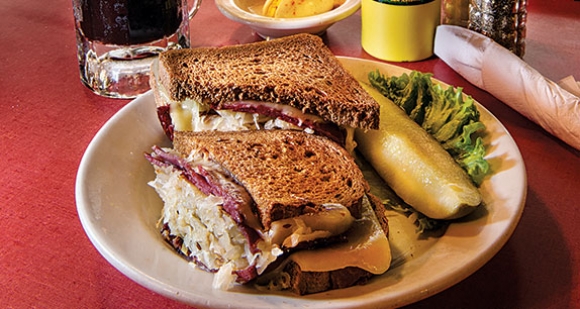 The moment you set foot on the classic tile flooring at Schilo’s Delicatessen, you’re transported back in time to the early days of San Antonio. Filled with vintage postcards, antique signage, and original family recipes, this classic German deli has been delighting customers since 1917...making it one of the oldest continually operated restaurants in the State of Texas! The deli was founded by “Papa Fritz Schilo” and his wife after their saloon was closed due to prohibition restrictions. Now, the establishment is known far and wide for their famous homemade root beer, split pea soup, reuben sandwiches, and hot mustard. Although the Schilo family no longer owns the restaurant, the authentic German tradition of good food and good fun continues!

In 1916, a Jewish/Polish immigrant named Morris Penner created a small business selling second-hand clothes and shoes. After 14 years of hard work and a strong commitment to customer service, Penner was joined by his sons Ben, Max, and Sam. Together, they slowly but surely worked to transform their retail business into a high-class men’s clothing store. Now, 100 years later, Penner’s is a premier men’s store located in downtown San Antonio, Texas! Their elegant clothing department carries labels such as Hart Schaffner Marx, Hugo Boss, Jack Victor, DKNY, and Ralph Lauren. And even through years of change, growth, and success, the original vision of quality customer service remains the same: Penner’s still provides free expert tailoring on anything purchased in the store. 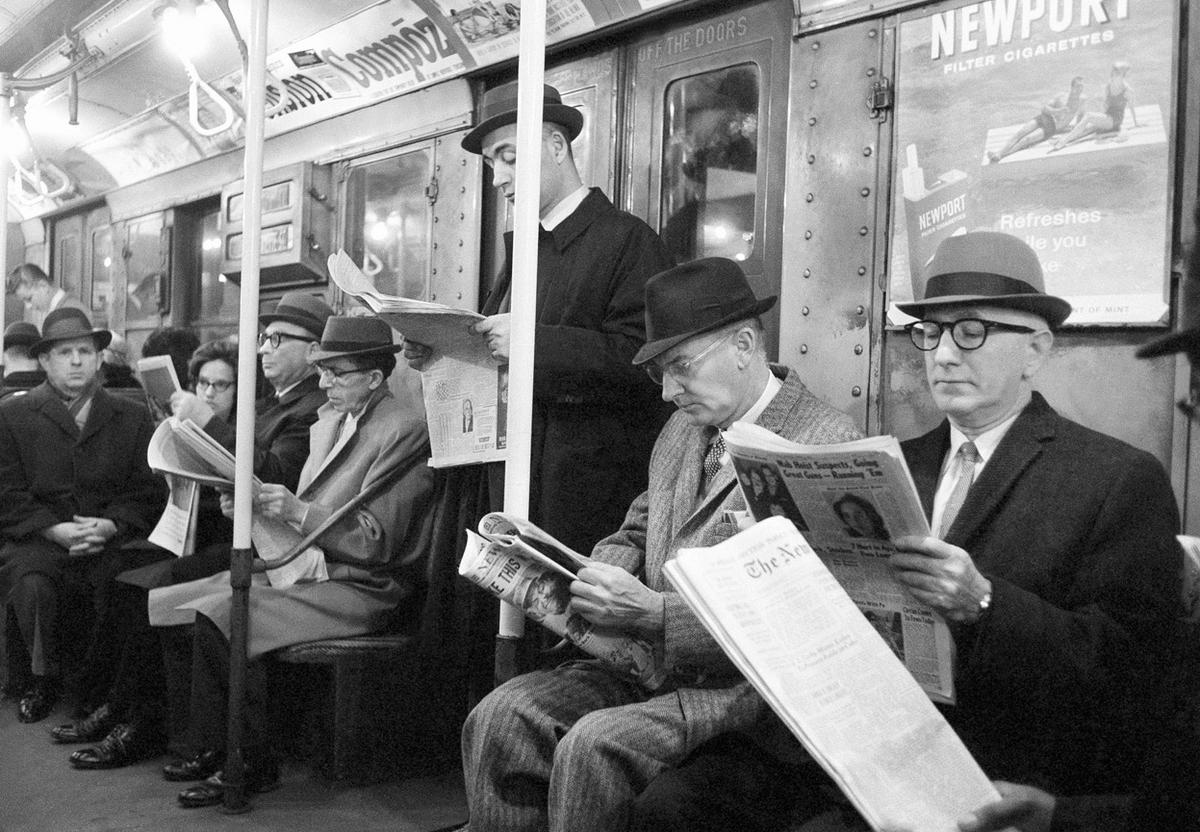 Since its first issue in September 1865, the San Antonio Express-News has grown and transformed from a small tabloid into a prime source of news to the South Texas area. As the fourth-largest daily newspaper in the state of Texas (in terms of circulation), San Antonio Express-News provides news and information to a community of more than one million readers!

A west downtown fixture since 1920, Charles A. James Bicycle Shop hails as the oldest bike shop in San Antonio! The shop specializes in repairs, sales, rentals, and custom built bikes of all kinds, including discount, vintage, and used! The shop has earned faithful customers by solving problems, making adjustments, and creating loyal relationships where other shops can’t and won’t. There’s a reason it’s lasted the test of time! Both professional and novice cyclists can find advice and help at Charles A James Bicycle Shop.

Over 150 years old, this family-owned property remains to this day the oldest continuously operating hotel this side of the Mississippi. Since its inception in 1836, the Menger Hotel

has been a central piece of San Antonio culture and nightlife, acting as a hub for local businessmen and politicians like Babe Ruth, Sam Houston, and Teddy Roosevelt. 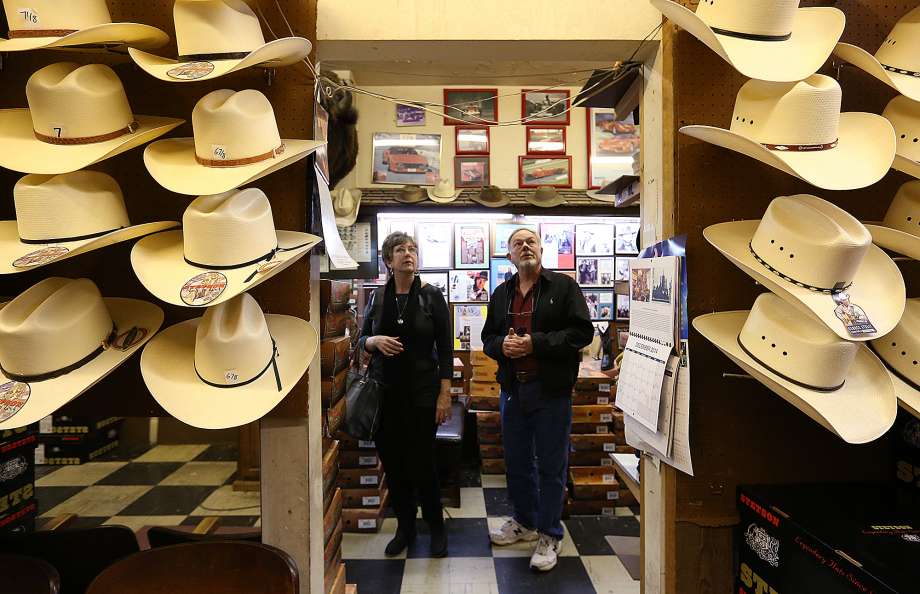 One of the largest employers in Bexar County, University Health System holds a longstanding San Antonio legacy! This medical network was originally founded as the Robert B. Green Hospital in 1916, later growing and expanding to what it is today: a well-respected health system with over 6,400 employees, nearly 700 resident physicians, and an operating budget of $1.2 billion (2015). 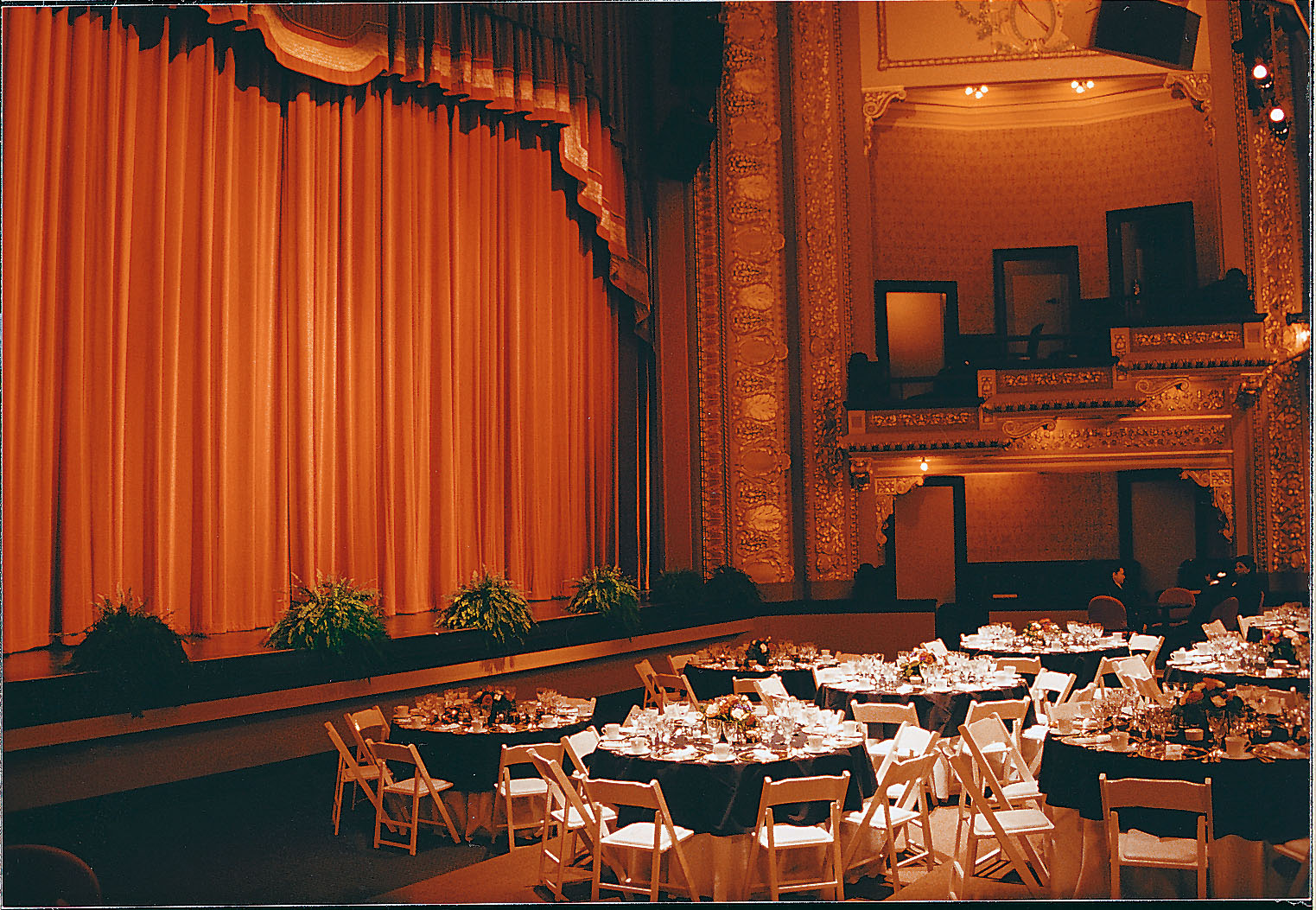 Perhaps one of the most iconic businesses in the area, the Charline McCombs Empire Theatre was built in 1913 on the site of the former Rische's Opera House in downtown San Antonio. With architecture reminiscent Spanish Mission, Baroque, and Mediterranean styles, The Empire is a National Historic Landmark...recognized as one of the most ornate facilities in the country (and the very first fully air-conditioned theatre in the state)! Originally operating as a vaudeville house, the theatre has since been an entertainment venue for multiple types performance for millions of patrons: from films to symphonies to Broadway plays and “mega-musicals”.

Opened in 1909 by successful cattlemen B. L. Naylor and A. H. Jones, the St. Anthony Hotel was the first luxury hotel in San Antonio! Filled with old-world opulence and an elegant atmosphere, St. Anthony boasts an envied location: overlooking Travis Park just a few blocks from both the Alamo and the River Walk. Over the years, the hotel has seen famous clientele such as Presidents Dwight D. Eisenhower and Lyndon B. Johnson, General Douglas MacArthur, Eleanor Roosevelt and Princess Grace. Hollywood royalty from Lucille Ball and Judy Garland to George Clooney have also attended events in the beautiful ballrooms!

Fun fact: besides its historical significance and famous patrons, St. Anthony holds the title of “first fully air-conditioned hotel in the world”! 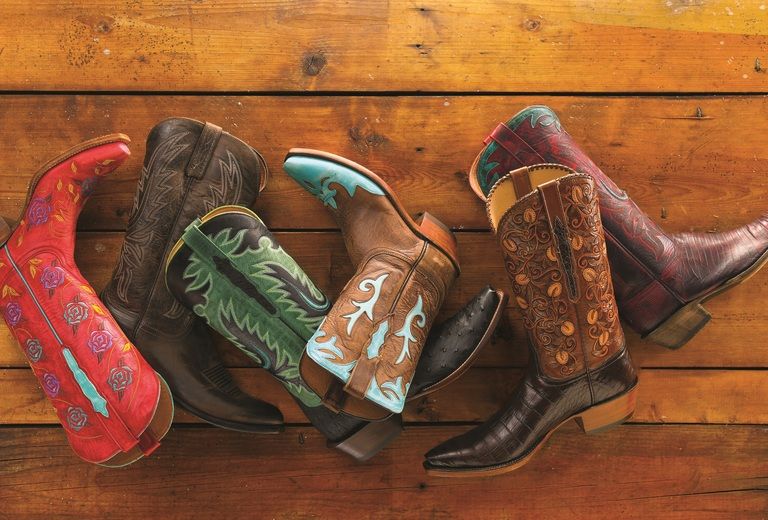 In 1883, Italian immigrants Salvatore and Joseph Lucchese opened up a small bootmaking shop at Fort Sam Houston, selling footwear to US Army soldiers. Through quality products, innovation, and a commitment to excellence, the Lucchese Boot Company brand slowly grew into a nationally recognized brand. By the 1960's, the founder's grandson created a unique design that would gain the company worldwide acclaim for extraordinary quality, comfort, and fit.

In the 1850’s, a young man named Carl Hilmar Guenther crossed the Atlantic in search of the American dream. Now, over 160 years later, his legacy continues in the form of Guenther & Sons (Pioneer Flour Mills)...the oldest family-owned company in Texas and the oldest family-owned flour mill in the country! The Mill’s high-quality grain-based products and traditional methods continue to create that "baked from scratch" taste that everyone loves. Though the company was originally based just west of Fredericksburg, Guenther soon relocated the business to the King William Historic District, where it’s been headquartered ever since! 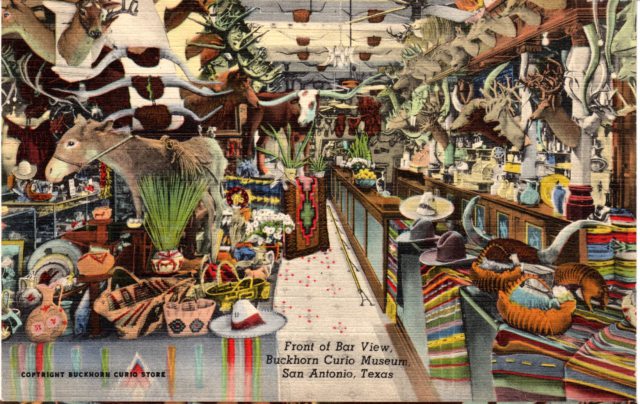 Given the unique nature of the Buckhorn Museum & Saloon, it’s only fitting that its history would be equally fascinating! This one-of-a-kind museum was originally opened in 1881 as a saloon by 17-year-old San Antonio entrepreneur Albert Friedrich. What set the Buckhorn apart? The Saloon accepted horns and antlers in exchange for a free beer or whiskey! Over time, Friedrich amassed quite the collection of wildlife. When prohibition forced the saloon to close, Friedrich quickly adapted The Buckhorn into a curio store and novelty museum. Today, The Buckhorn Museum features wildlife from all over the world; including fish from the seven seas, animals from every continent and strange animal oddities which have been collected for over 100 years! The exhibit halls are comprised of over 520 species of wildlife—many of which are record holders.

5 Farm and Ranch Homes Unlike Any Others in Texas