#KWQ10: Talking Radio Shows and Dachshunds With The Trey Group

This month we recognize The Trey Group’s Bobby Cortez and J.J. Gorena as our rising stars. When successful entrepreneur Bobby Cortez met veteran real estate agent J.J. Gorena II, it was a business partnership made in heaven. Owning multiple businesses before entering into real estate, Bobby joined J.J. in 2007. A second-generation real estate entrepreneur, J.J. knew the business well, and Bobby joined him, diligently working on his craft to become two of the best negotiators in the business. Now called The Trey Group, the duo has grown to a group of six and has more than just successful negotiation skills on their resumes. Keller Williams trainers, public speakers for companies such as Zillow, their own radio show, and recognition as top producers within the company and the city would only describe a few of their accomplishments. When it comes to real estate, this team knows what they are doing. Not only has The Trey Group been awarded by Keller Williams consistently, they have also received recognition from the San Antonio Business Journal as the Top 25 Residential Teams and has made the city's Platinum Top 50 finalist list multiple times.

We were able to sit down with J.J. and get his insight into the team, as well as learn a little more about what makes him tick. 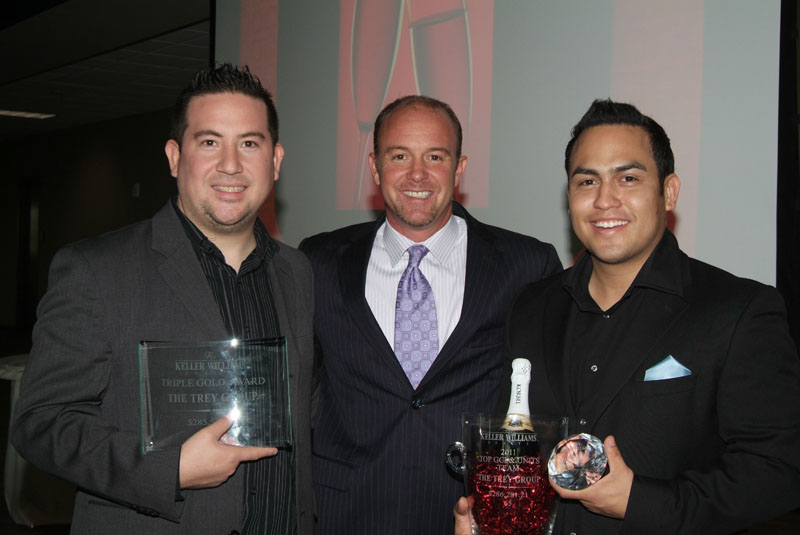 Q1: What did you do before real estate?

When I started in real estate I was told to interview 10 brokers. I did just that and I ended up having to choose between KW and another brokerage. The deciding factor for me was when I met Wendi Harellson, now Team Leader for Keller Williams Luxury International. She made an impression on me and I joined based on that. I’ve got to say that it is by far the best decision ever.

Q3: What has been your biggest challenge so far?

Leadership. Being responsible and leading a team has been the biggest challenge. You have to put the team first, deal with different character traits, and be able to forgive yourself for mistakes and move on.

Q4: What has been your biggest reward so far?

Being able to influence other people in a positive way. Whether it be clients, past clients, or colleagues, I am rewarded when I know I have influenced someone positively. One of our other greatest rewards has been our radio show. In April 2014 we were selected by Real Estate Radio Network to be interviewed for an AM radio show. Ultimately, they chose Bobby and I because they thought we were funny. We trained in San Diego by some famous producers, produced a mock show, and Newstalk 930 AM gave a prime time show based on that! Now it’s on every Sunday from 10-11 am, and has been since August 2014. It’s rewarding because on the show we are consumer advocates, which we take very seriously. We interview professionals in many giving us a variety of content, sometimes none of which has to do with real estate. The purpose of the show is to bring top tier pros to light in the San Antonio metro area, which has in turn helped small business get their name out.

Q5: What/ who has been the biggest benefactor in your success?

For sure Bobby. But the coaching I have received is priceless. I am constantly being coached. In fact, I have only not had a coach for 1.5 years out of my entire career. Between the KW coaches and the Core coaches, I know I am getting the best guidance possible.

Q6: Where do you find inspiration?

Different business owners, of course the coaches, and so many people locally who have great stories that truly inspire me. It makes what we do almost seem easy!

Q7: What is your favorite thing about San Antonio?

My favorite thing about it is no doubt the Spurs. I’m originally from El Paso, but I love this city. I travel a lot and it’s my favorite city. The business mindset is different than everywhere else. A small business owner is looked at with respect here. It is so widely accepted and I love that mentality.

Q8: Name one thing we might not know about you?

I’m a big dog advocate, and I’m especially fond of Dachshunds. My favorite charity to give to is Diamond Dachshund Rescue. I’ve always had Dachshunds. If I were to foster them, I’d end up keeping them all! It’s funny, all our events are centered around weinie dogs- including a weinie dog race that we took 80 past clients to! Weinie dogs are even in our logo! 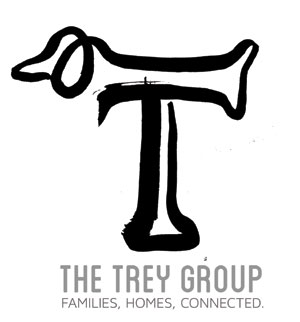 Q9: What is your favorite restaurant?

I’d like to be in multiple cities duplicating the radio show. I’d also like to duplicating our concept of real estate because it’s kind of rare. I hope to be in 2-3 different Texas cities by that point.

A clip from The Trey Group's radio show: