Keller Williams San Antonio REALTOR®, Trent Boarnet, and a San Antonio couple have wrapped up filming and will be featured on an episode of HGTV’s “House Hunters,” scheduled to air tonight.

The show, which is the No. 1 rated show on the Home & Garden Television network, is a real estate reality show that "takes viewers behind the scenes as individuals, couples and families learn what to look for and decide whether or not a home is meant for them," according to the show’s Web site. Focusing on the emotional experience of finding and purchasing a new home, each episode shows the process of searching for, and then ultimately selecting, a home. 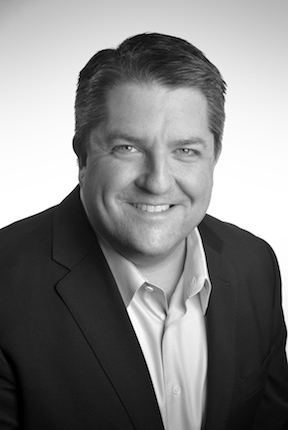 In an interview, Boarnet said he was contacted by the show after his buyers, Evan and Enny Canady, had submitted an application to be featured on it. “The network contacted me and had me do an interview and a video test, both of which went smoothly,” says Boarnet. After a series of phone interviews and submissions of videos, he learned that he and the Canadys would be on the episode titled: Musicians Making it Shake in San Antonio.

Boarnet’s clients, a young couple from Austin, hired Boarnet to help them find a home in San Antonio after being relocated for work. Enny, an accountant, and Evan, a former heavy metal guitarist turned operations manager, were not picky about which part of the city they wanted to live in. The couple did, however, have their own preferences as to what kind of home they wanted to buy. Enny wanted a house that was move in ready with that “new paint smell”, while Evan wanted a ranch style home that reminded him of the properties in his hometown of Lubbock. Keeping this in mind, Boarnet showed the couple properties with features that appealed to both of them in various locations around town, including the North Central area as well as the Schertz/Selma area.

Traveling lightly, the show sent out a camera crew, an audio crew, and a director. “The show was a lot of fun to do,” says Boarnet. “It’s genuine, and it’s real. Some people will ask me if it is scripted or made up, and I have to tell them, ‘No, these are actually my clients, these are really the houses I showed them, and they really did buy the house they chose on the show!’ ”

During the five day shoot Boarnet and the Canadys spent long days filming, generally from 8 am -5 pm. “Though the show is not scripted, the shots have to be just right,” recalls Boarnet. “There were many times that we would have to do a retake because I stumbled on my words.” Perhaps due to the many long hours with the crew, Boarnet made friends with both a cameraman and the director. They have kept in touch since the filming and a second show featuring Boarnet is set to film in April.

In addition to coverage of Boarnet, the Canadys and the prospective houses, the sights and sounds of San Antonio will be prominently featured in the episode.

Boarnet is not the only Keller Williams Heritage REALTOR® to be featured on the network.  Steve Collins is also scheduled to appear on an upcoming episode of House Hunters, and Hunter Croan is scheduled to appear on a similar show titled, “Lakefront Bargain Hunt”. While Boarnet and Collins’ episodes will feature buyers looking for a main residence, Croan’s episode will feature buyers searching for a vacation home on lakefront property in Seguin. As for which house the Canadys toured and ultimately chose, that will be revealed on House Hunters tonight at 9 pm.