Every so often an agent who has gone above and beyond in both their career and community involvement is recognized with the Keller Williams Lifetime Achievement Award. This past Friday, Craig Owen, Vice-President of Keller Willliams Heritage, awarded former San Antonio agent Shanna Reyes with this prestigious award. 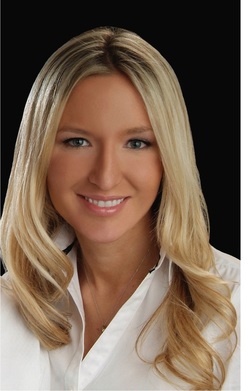 At the annual awards banquet, held at Incarnate Word’s Rosenburg Skyroom, Reyes’s selfless contributions to the Heritage office, local real estate industry and the greater San Antonio community were recognized by Owen in front of a crowd of nearly 500 REALTOR®s. Among the crowd was Reyes’s husband, R.J., as well has her mother and father in-law, Liza and Ron Reyes, and sister-in-law, Regina Radulski. 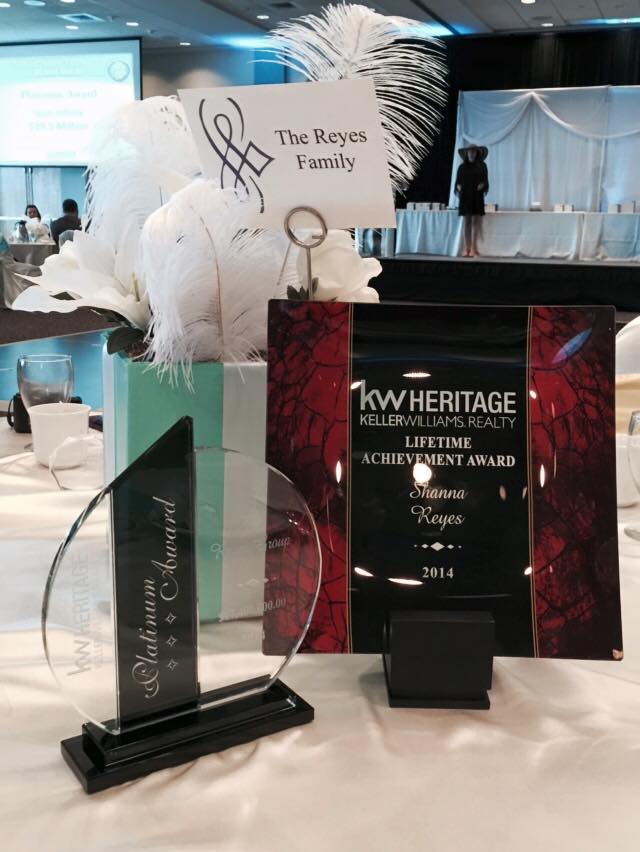 Before passing away in April of 2014, Reyes not only made an impact on the Keller Williams Heritage family, but in the lives of everyone she met. As a real estate agent, she was a shining star alongside R.J., becoming multi million dollar producers in a few short years, and earning the team of two the title of youngest agents ever to make it on the Platinum Top 50 list. Reyes continuously aimed for higher goals, something that was affirmed by the seven designations she held, and the countless awards she won during her time as a San Antonio real estate agent. In addition to being on the Platinum Top 50 list four years in a row, the team was recognized by Texas Monthly as 5 star REALTOR®s multiple times. “Many people have commented that in Shanna’s small amount of time as a licensed agent, she accomplished more than many seasoned agents,” recalls R.J.

While Reyes took her role as REALTOR® seriously, many believe the biggest key to her success was her vibrant personality and benevolent heart. Within the Heritage office she served on the board of directors for the 501(c)(3) charity, Hearts and Hands, spearheading a local casino night that raised over $30 thousand for the Animal Defense League- a true passion of hers. Her passion for animals was unyielding, often forcing R.J. to pull over on the highway just to save a lost dog she would see. Becoming referred to as "the dog whisperer of San Antonio" by many, she was known for rescuing any dog that came across her path, as well as helping others find their lost dogs- even when the task seemed impossible. Reyes spent many hours volunteering for animal rescue organizations and shelters. Because of the countless hours spent volunteering for these organizations, a gazebo stands at the Animal Defense League, and a bench sits at Love for Paws in her honor. 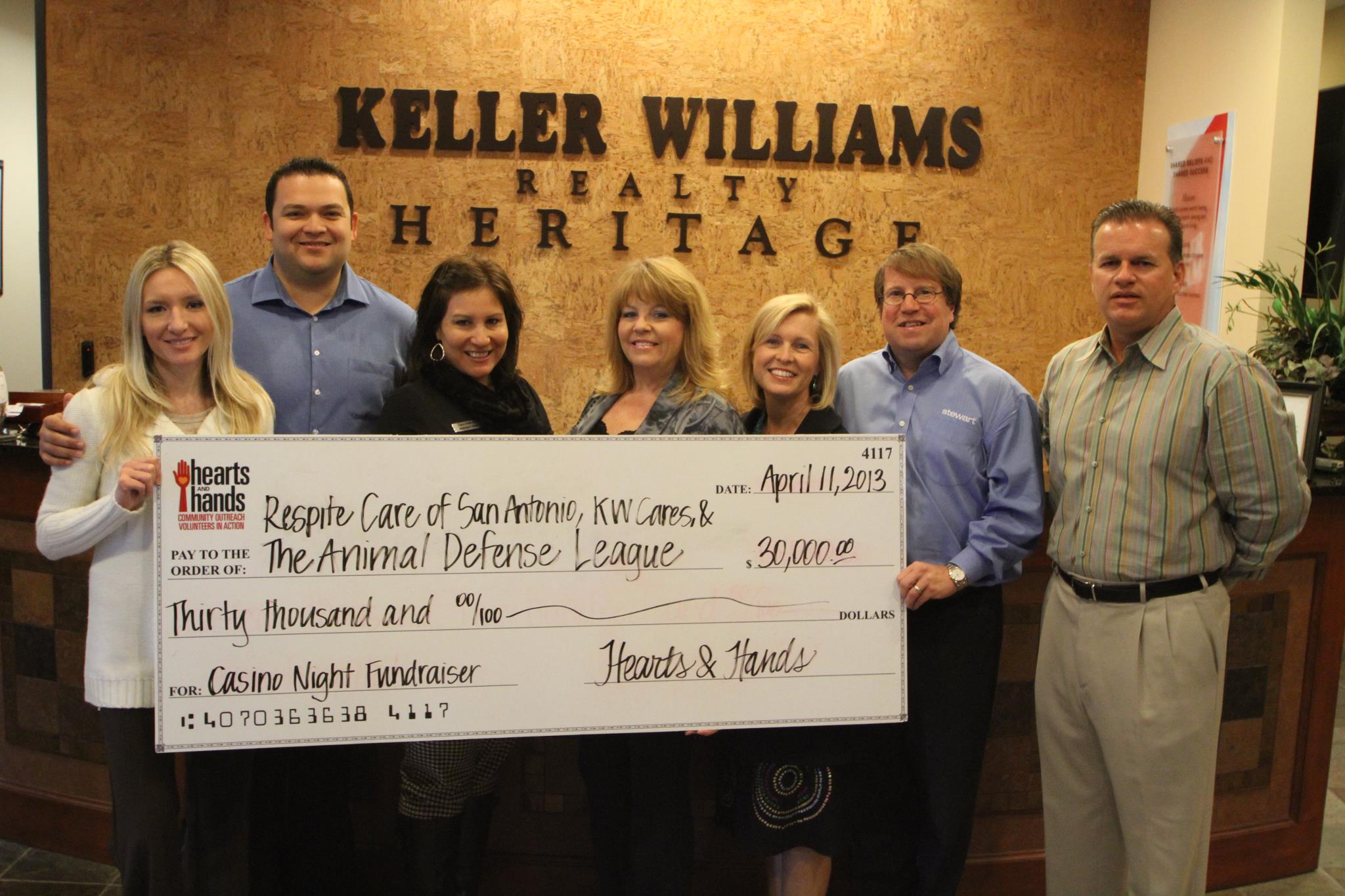 Reyes’s kindness wasn't directed towards animals alone. It was her compassion for all things living that was truly captivating. This incredible young woman had a big heart for anyone and everyone. Whether she was buying a water heater for someone who didn't have hot water and couldn't afford a new one, or buying and installing a car battery for a person she came across online, she was always helping others. Many recall how Reyes could frequently be seen passing out cookies that she baked each and every morning for clients, lenders, title reps, and friends, something that earned her the nickname of "the cookie lady". “Shanna woke up at the crack of dawn every single morning to bake cookies,” states R.J. “While most people wake up to the smell of Folgers, I woke up to the smell of Pillsbury,” he recounts with a chuckle.

Sometimes, giving means more than writing a check or purchasing material items. Sometimes, giving can be in the form of guiding people to faith, a true sentiment in Reyes’s life. Because many of her real estate clients became like family, she would invite them to church with her own family on Sundays. What started as a few saved seats in the chapel, soon turned into 10, then 25, and sometimes 30, showing just how much of an impact she made on others.

An unbelievable loss to friends, family, and colleagues, those who loved and admired Reyes were heart-broken by her passing. At her viewing there was a two and a half hour wait to say goodbye to her one last time. Over a thousand people attended her funeral. Her procession, a three-mile stretch composed of those whose lives she touched. “I remember the pastor telling us that Shanna achieved more in a lifetime than most people who live to be 80,” recalls Liza. At the young age of 30, Reyes proved that being involved and having compassion is more than just a civic duty- it's way of life that extends it's reach beyond the imaginable and touches every heart along the way. “We miss her,” says Liza, “but we are grateful that she left us all with beautiful memories that will remain strong in everyone's hearts.”

In the Keller Williams family, Reyes’s legacy lives on. It’s a legacy of kindness, of faith, and of compassion. It’s a legacy that teaches us that the impact a single person can make is one that will live on forever.