As of today, the new South Flores HEB (located in the Southtown neighborhood of downtown San Antonio) has officially opened. The community welcomed the grocery giant with open arms, starting with an exclusive, well-attended ribbon cutting ceremony and store tour early this morning. Given the fact that HEB is the first grocery store to rear its head in decades in downtown San Antonio, this strategic move is an indicator of the coming surge in urban development in downtown San Antonio. After years of rebirth and several facelifts, this once-struggling section of downtown is now thriving again. Economic growth is expected to be met with the infiltration of a housing boom. 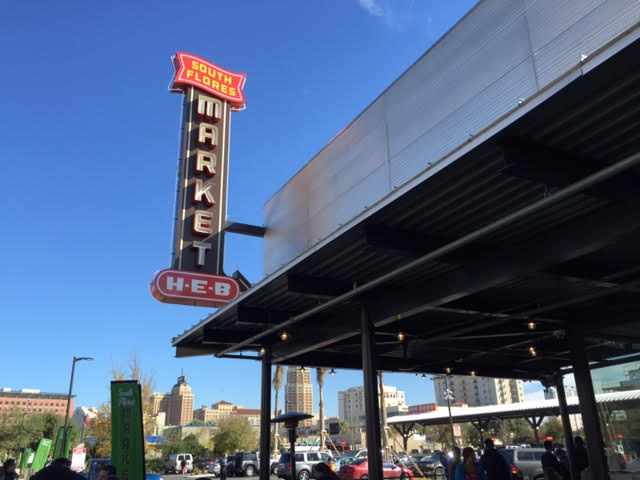 With a revitalized downtown, the influx of hip restaurants, and a peaked interest in urban living, close-in neighborhoods are seeing values grow exponentially- a sign that housing in the area is in demand. Neighborhoods like the recently termed “Lone Star” neighborhood and ever-expanding Southtown neighborhood, which are a short walk or bike ride from downtown, have seen the most dramatic price increases. Prices for the post-war and midcentury lots and dilapidated homes that make up several areas in the Lone Star neighborhood have more than tripled in the past decade.

In Southtown, where prices have also tripled in the past ten years, ramshackle bungalows that sell for over $150,000 can be found next to architecturally unique, modern new homes, selling for $450,000 to $1 million. “We are seeing a lot of developers snatching up lots in these close-in neighborhoods”, says KW real estate expert Jesse Landin. “Even the homes that are practically collapsing are selling for 100% or more of asking price, and for higher than homes in the area ever have before. This trend shows the transition of the area and really signals the signs of an urban core on the rise.”

Of course, one can only expect to pay the hefty prices of the area if they can find a property to buy. The rising popularity of the area coupled with the low housing stock has made it extremely difficult for buyers to get an offer in on a property before it has sold. In fact, the average “days on the market” for these neighborhoods is ranging from 30 – 45 days from contract to close. And while Southtown property has been in hot demand for a while, the development of new amenities such as the HEB Flores Market can lead us to expect a dramatic increase in new construction residential buildings- both for sale and for rent, expanding the boundaries of this highly desirable area even further. 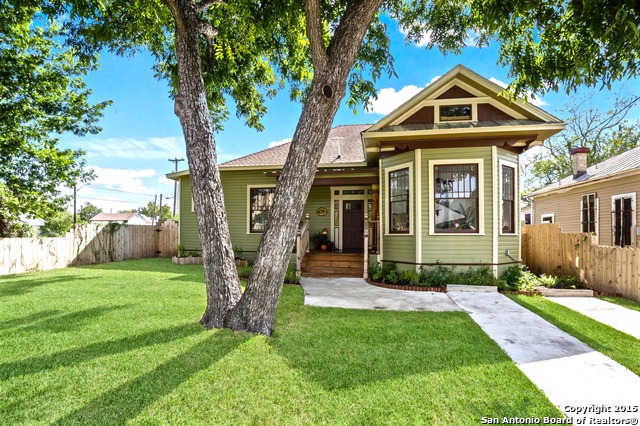 This home on 628 Dawson was built in 1912, but has been lovingly renovated.  It presents 4 bedrooms and 2 bathrooms across 1,917 square feet and is on the market for $389,900.  It is representative of what antique homes in the area sell for if they have been renovated.

Since 2011, over 3,000 housing units have been built or are currently in the planning or construction phases in the downtown area as a whole—nearly five times the amount built in the previous decade. With the City leadership and the Center City Development & Operations Department setting a target of 7,500 new downtown housing units constructed by 2020, it’s not hard to recognize that the population of the area is bound to increase exponentially. Aside from these plans, several independent condo developments and single family units have begun popping up all along the streets of Fest, Cevallos, Clay, Simon, and Leigh, all of which are within “The Lone Star” neighborhood of Southtown…only a few blocks from the new HEB.

“With potential plans to develop the old Lone Star Brewery (namesake and landmark in The Lone Star area) into something similar to The Pearl, tons of new homes are being built”, said Landin, who knows all too well about the housing demand in the area. Working with an investor who has bought several lots on Fest Street and is now building properties on those lots, Landin has done more market research and submitted more offers in the area than he ever imagined. “It’s crazy”, says Landin. “Homes that haven’t even been built yet are already under contract from buyers.” 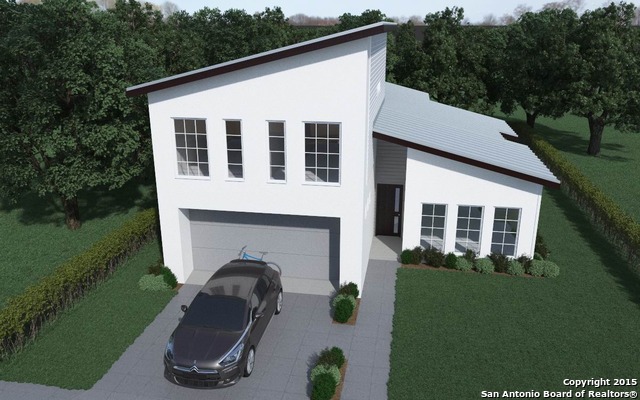 This rendering of the home being built at 426 E. Fest St. shows the modern design that so many home buyers are seeking in the area.  The home will include 3 bedrooms and 2 bathrooms over 1,875 square feet and is currently on the market for nearly $400,000.

Even crazier is the fact that these homes are being built on land that was bought at a premium of around $75k each. Even further, lots close to any of San Antonio’s famous landmarks are running about $100k each. “Around 40 lots were recently bought on Leigh Street”, recalls Landin. “They were valued at $45k each but went for $100k. It’s the new popularity of the area that drives these prices- but it’s also the view. You could high-five The Tower (of Americas) from your front door if you wanted to."

So why is it that seemingly everyone in San Antonio is flocking to this up and coming downtown area? Perhaps it’s because downtown has been on the cusp of tremendous growth for some time now. Looking at a map of the area, anything between Hwy 37 and IH 10, between Monte Vista and The Lone Star area, is “happening” right now. “This area now has tons of art venues, entertainment opportunities, and modern but trendy appeal…But it also exudes the true culture of San Antonio, and it seems that everyone wants that vibe”, adds Landin. “It’s a beautiful and exciting thing to see. People used to ask [of the area], ‘Is it safe?’ Now I’m bringing my family out for movies in the park on Saturday nights."

landmark:A very observable and obvious land formation that is used as a reference point for the boundaries of lands.