Whether fact or fiction, it’s widely accepted that males and females are almost totally different animals...hence the 80’s classic book “Men are From Mars, Women are From Venus” (John Gray). 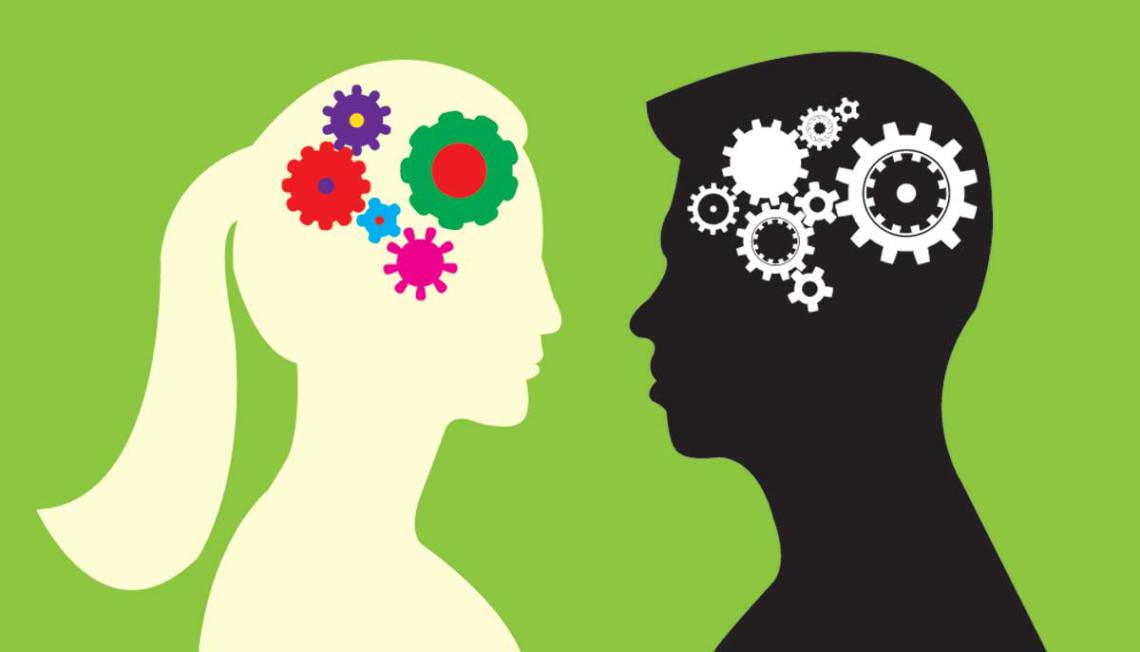 Classic gender stereotypes perpetuate the notions that girls are rom-coms and men are action flicks; ladies are good in the kitchen while males find solace in the grill; guys are drawn to the hardware store, while women, like, just die over a good shoe sale. And while these widespread archetypes may be convenient for some purposes, they can also serve to be a bit...limiting.

But what does this have to do with San Antonio real estate? In our research, we found some surprising (and data-driven!) results on the differences between males and females in the home search. So discard any pre-conceived gender stereotypes and substitute them with a few hard facts. Below, we’ve described 10 major ways men and women offer different perspectives in the home search!

Despite the popular notion that women just loooove to shop, one study showed that 43% of women surveyed spend less time shopping for their new home, while 23% of men spend a perceived “too much time” searching for homes. More men also tended to need a second (or third) visit in order to decide, whereas many women were confident after just one.

2. The Family Factor: Women show a larger preference for being close to family.

According to research, women tend to value a close proximity to extended family more than men. The data shows that 55% of women preferred this familial closeness over a short job commute (compared to only 37% of men). 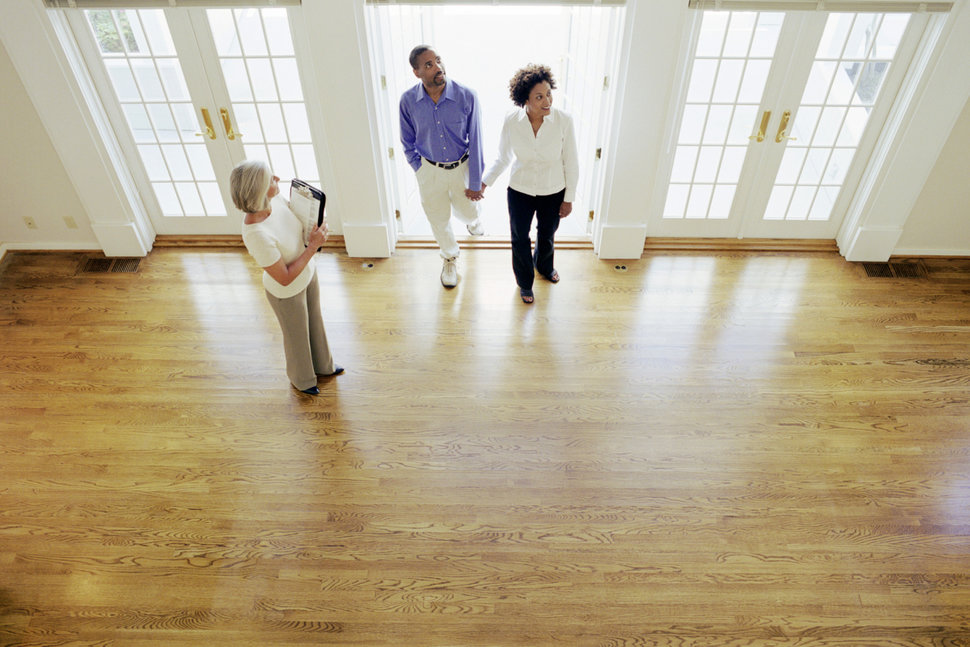 Image Courtesy of US News

3. The Trust Factor: Women tend to be more suspicious of the housing market.

The housing market is sometimes perceived to be a cautionary tale, and no one seems to believe this more than females. Women tend to be wary of such an investment, espousing low levels of confidence in both the concept of buying a house (61% vs 76% of men), as well as the housing market itself (47% vs 68% of men)...although you may want to check the facts before believing a few classic housing market myths.

4. The Lead Factor: Women tend to take charge of the housing search.

Who says men lead the way? Women actually perceive themselves as “more dominant” when it comes to the actual property search than males. When asked, “Who leads the charge?”, 40% of females claimed leadership, compared to 30% of men. In fact, the majority of men (65%) say they’d trust their partner to view properties in their absence, in contrast to less than half (46%) of females.

5. The Splurge Factor: Men are more likely to splurge on a home they love.

Think men are more thrifty? One UK study found that men are a whopping three times more likely to splurge significantly ($10k+) on what they consider to be the “perfect home”! 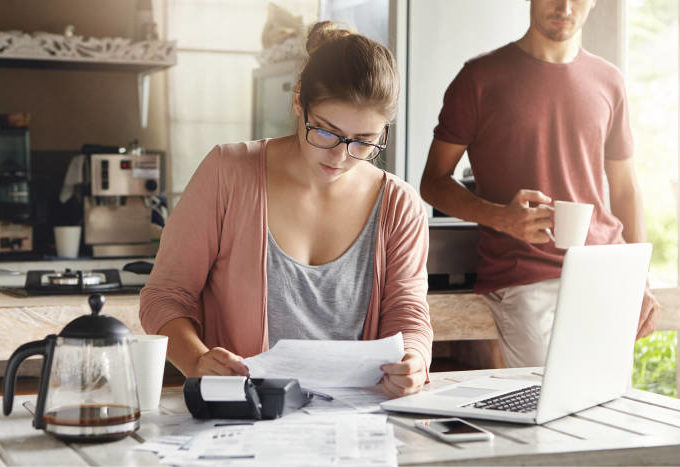 6. The Compromise Factor: Men tend to be more willing to make sacrifices to suit their partner’s needs.

Despite the fact that males might show themselves more impulsive to spend a hefty sum (see “Splurge Factor” above, men are also generally more willing to compromise on what they want from a property in order to suit their partner’s needs. 79% say they’re prepared to make significant sacrifices (compared to 60% of women).

7. The “Divide and Conquer” Factor: Men and women often take different roles in the process.

8. The Enjoyment Factor: Women tend to enjoy the buying process more than men.

Despite the stereotype that females aren’t interested in logistics (a laughable generalization), women actually appear to enjoy the homebuying process a little more than men. When surveyed on a national level, 87% of the women espoused a enjoyment in the process, whereas only 77% of men said the same. While both genders overall associated homebuying with positive feelings, this study suggested that “the feelings of homeownership are more pronounced in women than in men.” Interesting! 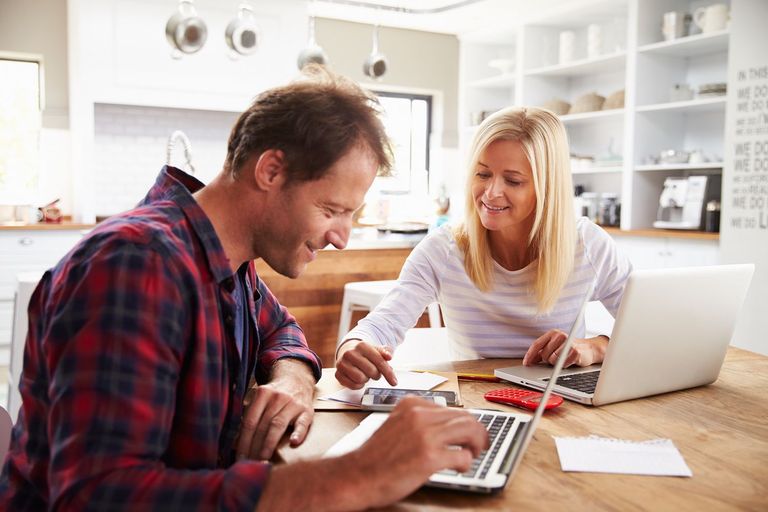 9. The Word Factor: Men and women associate the process with different emotions.

In one of the more interesting points of data, we found a word association study that showed women and men correlate homeownership with different sentiments. For females, the list included "pride," "accomplishment," and "independence," whereas the males’ list included "control over living space" and "more space for my family."

Ladies like to stay safe. To prove they’re serious, 64% of women said that security issues would prove to be a dealbreaker, even if the rest of the home was perfect. More than half of men agreed, but at a lower rate (51%).

Next, while it can be enjoyable to analyze the difference between sexes, it can be just as satisfying to examine the areas in which we agree. Below are a few areas we found to be harmonious between men and women!

Both Trust Agents to Moderate and Mediate

A third party is (apparently) always appreciated. 83% of those surveyed have recalled moments when their real estate agents settled a disagreement or mediated an issue. Men and women both cite "honesty" and "knowledge" as important traits in a realtor. Contact one of our agents today to find the right one for you!

Both Agree on the Most Important Features

Think women want that fancy kitchen while men are fixated on a state-of-the-art garage? Thankfully, couples generally agree on the “most important home features” in a home. The list includes "safe neighborhood," "overall condition of home," and "number of bedrooms" at the top.

Both Agree The Other is in Charge

A rather touchy question in the gender arena today, one survey dared ask: “Who wears the pants in the relationship when it comes to major financial decisions (such as purchasing a home)?” The results were incredible! Nearly 70% of respondents living with their significant other responded with, “It’s actually mutual.” Way to go, y’all!

Both Agree it’s an Important Decision

No matter the details, we can all agree that signing a mortgage with your significant other is one of the biggest commitments you can make. According to one study, couples are together for an average of just over three years before they commit to buying a property together!

In a classic “Battle of the Sexes” scenario, men and women are pitted against each other to prove once and for all: do girls really rule, and do boys really drool? Or is it the other way around? According to our research, couples who undertake the housing search together often find creative and innovative way to work together, complementing each other’s perspectives. If you’re ready to get started on this process, we recommend starting with the exclusive San Antonio information in our Buyer’s Guide and Seller’s Guide! Then, contact an agent and talk to a lender to get started.

It turns out girls and boys both rule...especially when drooling over gorgeous San Antonio homes.