For several years, Millennial home buyers have been stumping real estate experts. Their patterns of home ownership have been pretty sporadic up until now…Who is this generation? What do they want in a home? Why aren’t they buying?

Preceded by The Baby Boomers (1945-1964) and Generation X (1961-1979), the Millennial Generation (sometimes also referred to as “Generation Y”) is made up of people born between the years 1980 and 1995. Millennials are now the largest generation in history, boasting approximately 90 million members. Research has indicated that this generation is characterized by self-confidence, technology, high levels of education, and social connection.

To put it simply: we are baffled by Millennials. Their consumer habits are puzzling to marketers and researchers. They seem to ignore traditionalism one minute, then embrace it the next. While many people attribute all of Millennial quirks to high saturation of technology, there are far more factors to consider. Now that many Millennials are reaching adulthood, we have a better grasp on their values and motivations based on the home buying decisions they’re making. Essentially, the real estate market is an excellent indicator of the Millennial mindset. 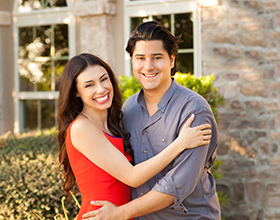 Here are a few things you need to understand about Millennial home buyers:

Millennials have also been dubbed “The Boomerang Generation.” Why? A high percentage of Millennials move back in with their parents after college, making 29 the new median age of home purchase. This phenomenon has several potential causes. Some blame a lack of steady income and a tough job market. A recent study done by the University of Arizona indicated that only about half of adults ages 23 to 26 have a full-time job. Others say that multi-generational homes are simply becoming more acceptable. Millennials are usually closer to their parents relationally, making “moving back home” more of an enjoyable option. Statistics have also shown Millennials have also pushed the average marrying age back quite a few years. According to Census data, the median age of marriage is now 29 for men and 26 for women…a six-year increase from the Baby Boomers generation.

If Millennials are following the classic trend of home ownership, they will live with parents first, then become renters, then homeowners. If they move back in with parents after college, this process is set back few years. Additionally, single homeowners are far less common than married homeowners, simply for financial reasons. It’s not that Millennials won’t buy homes…they’re just delaying the process.

2. They have a recession mindset.

There are several large financial factors in the Millennial home buying equation. Each generation is marked by the state of the economy in formational years. Millennials, therefore, were and are extremely affected by the Great Recession. Studies have shown that these people are thrifty and cautious in their financial decisions, especially due to large amounts of college debt and poor job prospects. The labor market has been challenging for Millennials, and over half say that they simply can’t afford to buy a home right now.

3. They’re looking for different things in a home.

So when they’re finally ready to buy a home, what are Millennials really looking for? What attracts them to a specific property? What’s on their “wish list”? What are they willing to sacrifice? For the generation that’s been labeled “entitled” constantly, Millennials are surprisingly frugal and smart when it comes to buying their first home. One study shows that they are more willing to make sacrifices to own a home than other generations…giving up things like eating out, vacations, etc. in order to save money for a down payment or mortgage payment. They were also more likely to buy smaller, older, used homes than Generation X or Baby Boomers. They place high emphasis on affordability and convenience. Proximity to the workplace has been cited as important to Millennials, explaining why they’re also more likely to buy in urban areas. However, we’ve recently seen a shift towards the suburbs as this generation has children.

Not only do Millennials want different things in a home…they view home ownership itself differently than previous generations. Whereas Baby Boomers and some of Generation X viewed home ownership as more of a status symbol or a long-term investment, Millennials see owning a home as more of a necessary rite of passage. The home itself is not as important as the independence and security that comes with being a homeowner. As a generation, Millennials also see home ownership with more fluidity and flexibility. They only expect to live in a home for 10 years before moving, whereas previous generations expected 15-20. This is most likely due to a tough job market…if a job opportunity comes their way, they’re more willing to relocate quickly.

5. They actually want to own a home.

For several years, all the literature about Millennial home buyers said one thing: Millennials just don’t want to buy homes. However, look a little closer, and you’ll see just the opposite. Single, employed Millennials are actually more likely to own a home than Baby Boomers and Generation X were at the same age. Financial troubles are more than likely the cause of low home ownership rates in previous years. About 50% of Millennial homebuyers said that their primary reason for buying wasn’t convenience, but simply a desire to own a home. As they are getting married, paying off debt, and settling down, you can expect Millennials to start raiding the real estate market. Almost 75% think they’ll own a home before they turn 35, and over half of adults in this generation say they plan to buy in the next five years (according to a survey by Zillow).

This one probably doesn’t surprise you at all. Millennials have been known as the first generation really introduced to the high-tech world before adulthood. Therefore, technology has become an important part of their home buying process. The NAR has said that 94% of Millennial home buyers start by looking at online listings. They list high-quality photos (and even video presentations) to be crucial when considering a listing. And this isn’t only from a desktop computer…over half of Millennial buyers start this process on a mobile device, and half of those buyers end up finding their home through that mobile device! This isn’t to say Millennials don’t use real estate agents…because they do. However, they usually like to do their own research first, then contact an agent. Agents working with Millennial buyers can expect their clients to know what they want and arrive with knowledge of the area. 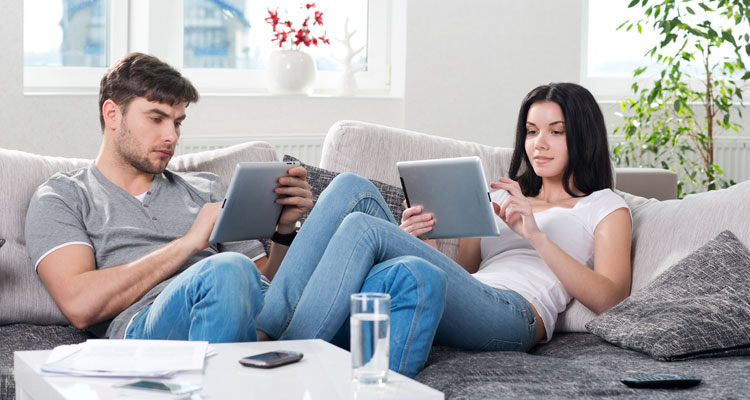 7. They’re the most influential force on the market.

Millennials may be late bloomers when it comes to home ownership…but they’re certainly not absent from the real estate market. For the second year in a row, NAR's study found that Milllennials made up the largest group of recent buyers at 32%. More than half of 18- to 34-year-olds have expressed a desire to buy a home in the next five years. A recent report by Harvard predicted that the number of Millennial households are expected to increase by 2.7 million in the next 10 years…strongly boosting the demand for new housing. We’re currently on the edge of the Millennial housing market, and so far it’s proving to be incredibly strong.

down payment:The portion of the value of the property the buyer pays for without the help of financing.