If you’ve been in San Antonio for any length of time, you’ve probably noticed its strong sense of cultural and patriotic pride. The Alamo City boasts a unique blend of Mexican, Spanish, Texan, and American influence. The heritage and pride of the city is strongly impacted and reinforced by its military-friendly culture. It’s no surprise that military families love their stay in San Antonio...and many of them stick around or return to retire in Bexar County. The numbers don’t lie: almost 50,000 military retirees are currently living in San Antonio!

For years, San Antonio has been nicknamed “Military City USA”. Not only is San Antonio the proud home of Joint Base San Antonio (a conglomerate of three different military installations), but it also boasts numerous military support organizations, veteran resources, and a strong sense of military community. Consequently, on nearly every list we found San Antonio was one of the top cities listed as “military friendly”. 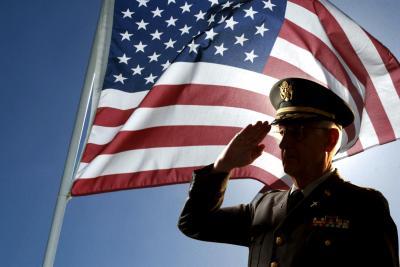 The military installations combine to form Joint Base San Antonio, which is made up of Fort Sam Houston, Randolph AFB, and Lackland AFB. The full base employs over 80,000 people, making it one of the largest in the country.

Lackland is mostly thought of as a training base, hosting both basic and technical training, among others. In fact, this base is the sole location for U.S. Air Force enlisted Basic Military Training, Active Duty Air Force, Air Force Reserve, and Air National Guard. Lackland is also home to six technical training squadrons! Lackland AFB is comprised of: the 37th Training Wing, National Guard 149th Fighter Wing, the 59th Medical Wing, the Air Force Intelligence, Surveillance and Reconnaissance Agency, the 24th Air Force Wing, and more.

Randolph Air Force Base, sometimes known as the “Showplace of the Air Force” due to its unique Spanish architecture, currently houses over 30 Department of Defense units, including the Air Force Recruiting Service, 12th Flying Training Wing, and headquarters of the Air Education and Training Command (AETC) and the Air Force Personnel Center. The base is served by the 902d Mission Support Group.

Fort Sam Houston, especially known for excellence in the medical community, currently serves as the command headquarters for the US Army North, US Army South, and the Army Medical Command. It also hosts the Army Medical Department Center and School, the Fifth Recruiting Brigade, and Medical Education and Training Campus, among other units. Because Fort Sam is home to the Brooke Army Medical Center, it is often called the “Home of Army Medicine”. BAMC offers over 2 million square feet of state-of-the-art medical care! It’s no surprise that San Antonio is the home of the Department of Defense’s largest inpatient medical facility.

So why is San Antonio so popular for military retirees? Below, you’ll find just a few reasons why the men and women who have faithfully served our country are returning to the Alamo City.

For nearly 300 years, San Antonio has been an important place for our country’s military services. Dating back to the early colonial days, the armed forces have found San Antonio to be strategic for training troops, research, specialty medical services, wound care, and far more. From the US Cavalry to Texas Rangers to drones, this city has been “home” to our military for generations.

And not only does San Antonio hold a great deal of national military history...it contains an incredible amount of personal history for military members and their families. Due to the large size of the bases here, many who have served in the Air Force or Army were either trained or stationed here at some point in their military careers. Many service men and women say that returning to or staying in San Antonio to retire feels like coming home.

2.Abundance of military and veteran resources

One of the huge perks of military retirement in San Antonio is the widespread availability of military resources. Both on and off-base, service support organizations and squadrons exist almost solely to assist military members, retirees, and their families transition to civilian life and/or take full advantage of military benefits. These perks are totally unique to San Antonio! Just a few of these services are: USAA headquarters, Brooke Army Medical Clinic’s outstanding facility, Office of Military Affairs, the largest chapter of Air Force Association, and Association of USArmy, among others.

In fact, a recent study recently ranked San Antonio at the top of the list for best military retirees, even beating out Washington D.C.! 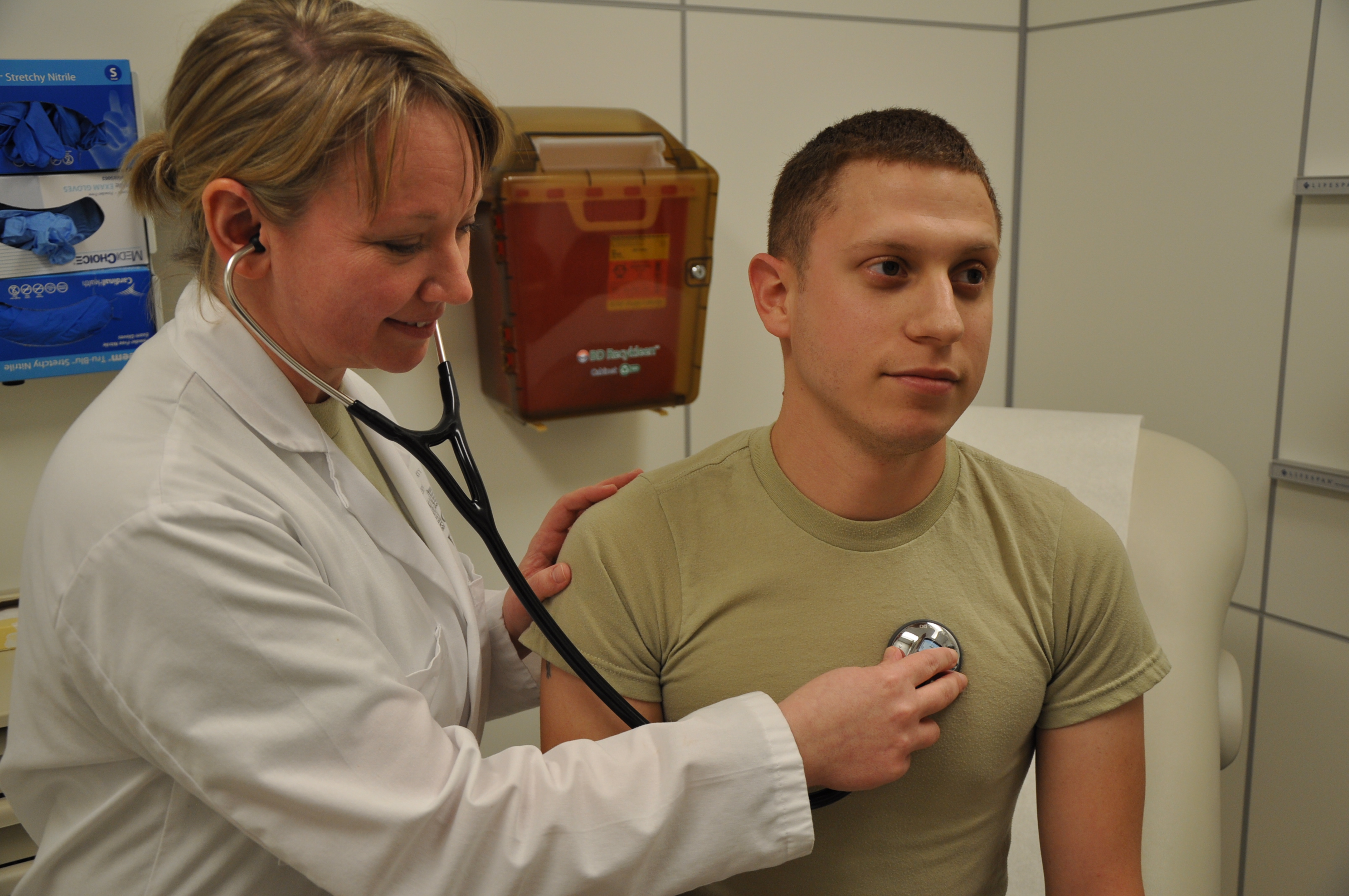 As mentioned earlier, due to the massive size of Joint Base San Antonio, many military members and their families have been stationed at Randolph, Lackland, or Fort Sam at some point in their military career. But if so many are making the decision to make San Antonio their permanent home, the draw has to be about more than just familiarity and convenience.

One of the main pulls of the Alamo City is its unique feel. Though it claims the second largest metro area in Texas (and the 7th in the country), San Antonio offers the kind of welcoming community that retirees are looking for. Notably family-friendly, hospitable, and culturally diverse, San Antonio combines the perks of the city with the comforting spirit of a south Texas town. One notable retiree said, “Most people who come through here have a duty assignment, and they have a warm feeling about San Antonio.”

Because many military retirees exit their service career in their 30s or 40s, most plan to re-enter the civilian job market to build a second career. This can be both a strange and exciting new chapter...especially since the military job culture is so unique. Many people who have made this transition say that a supportive community is vital to success!

It’s a good thing, then, that a recent study ranked San Antonio as the #5 place in the US to start a second career after military retirement. Besides having an extremely strong (and growing) job market in general, San Antonio scored high on the list for having “jobs that are a good fit for military skills”, including defense contracts and civilian on-base positions. According to G.I. Jobs magazine’s list of the ‘Top 50 Military Friendly Cities’, San Antonio has an extremely high number of military-friendly employers, schools, and veteran owned businesses.

5.Respect and appreciation for military members

When it comes to appreciating service men and women, San Antonio has always gone above and beyond the call of duty when it comes to offering support to military members. From companies offering military discounts to city-sponsored celebrations, the Alamo City does an excellent job conveying respect and honor towards those who serve our country. Each November, San Antonio hosts a tribute event called, “Celebrate America's Military”. In addition, UTSA was recently named one of the most “Military-Friendly Schools” for the fourth year in a row, leading many other schools in honoring students with military experience and facilitating continued education. These are just a few examples of San Antonio’s respect and appreciation towards military members, from active duty to veterans. 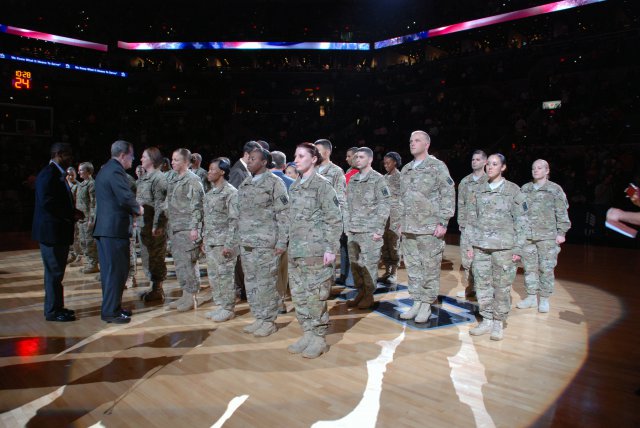 As previously stated, the number of current and former military members is large and growing in the San Antonio metro area. This has created a strong sense of community among the population of retired military service men and women! Recently, Military Times noted that the retired population includes more than 100,000 vets. When combined with the large number of people serving on Joint Base San Antonio, chances are most military retirees have several pre-existing friendships and relationships in the area. Those within the military community know it as a relatively “small world”, and San Antonio is no exception.

Finally, if we’re examining military retirement, we can’t end without examining one of the most important aspects: finances. One of the biggest reasons why military men and women love the Alamo City is its combination of quality amenities and relatively low cost of living. The level of affordability in the housing market is one big draw...and buying a home is often a priority for former military members, especially considering the high volume of moves made in the past. And to top it off, Texas requires no state income tax on retirement income (pension).

For these reasons (and many more), military retirees have a special affection for San Antonio, TX...and vice versa. We believe that this relationship is one of the many things that makes the Alamo City a special place to live and buy a home! The honor and respect for service men and women in this town show a great deal about the integrity and character of the city. The relationship between Texas and patriotism is alive and strong here. God bless Texas!

Feel a little better about the San Antonio housing market? Us too. Ready to get started on your San Antonio home buying journey? We have some excellent resources for you. If you are a first-time buyer, download our exclusive buyers' guide- you'll get excellent insight into the entire process of buying a home in San Antonio! Already know what you are doing, but need to know how much you can afford? Contact a lender to get pre-qualified. Need an agent? We've got 1,500+ - take your pick!